When the Expats Come and Take Over 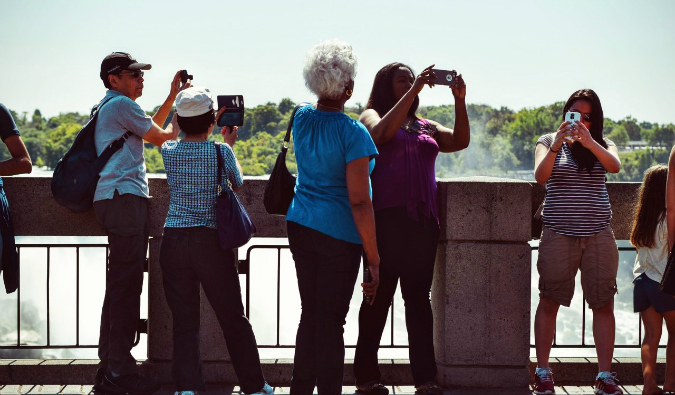 Expats (noun): People who leave their own country and live overseas; expatriates.

I’ve been an expat three times in my life. There were the few months I lived in Amsterdam, the few months spent living in Taiwan, and the just over a year I spent in Thailand. I love expat culture, especially in Asia. There are events every night, you meet travelers from around the world, and everyone is open to meeting new people.

After all, we are all strangers in a strange land, and that creates an unspoken bond. I’ve had nothing but good times in my experiences living as an expat.

But I recently realized that sometimes expats run amok – and simply ruin the local character of the place. They change the very things that brought them there in the first place.

Having spent the last two months in Costa Rica and Panama, my thoughts on expat life are now forever changed.

With a cheap cost of living, cheap land, loose tax laws, and close proximity to the United States, these two countries have become a haven for retired Americans. Everywhere I went, there were always old Americans running around in socks and sandals. In many of the best locations, American expat communities seem to outnumber locals.

This was especially evident to me in Panama. One of my favorite places was a small town called Boquete. Located in the western part of the country, this little village is surrounded by beautiful jungles, coffee plantations, a volcano, and great hiking. It’s a relaxing place to visit. There’s not much to do here, and that great combination makes it a perfect place to retire. Americans have flocked here, buying up land and opening restaurants. There are McMansions everywhere, fancy restaurants, and tons of spas. A few locals quietly complained to me about how things have gotten a lot more expensive for them over the last few years.

I noticed the same thing while I was in Pedasi, another town in Panama. This was once a small, quiet, middle-of-nowhere beach town. Now there are many boutique hotels and lots of Western-owned restaurants, and the cost of a hotel room is double what it was around the rest of the country. I even overheard one guy lament that the new airstrip was going to be the final blow for this place. I met a number of people who thought I was there to buy property because I was American. When I told them I wasn’t, they asked if I would consider it.

“It’s cheap here,” they would tell me while handing me their business card.

Tamarindo in Costa Rica, was one of the worst offenders of them all, as is the once beautiful Manuel Antonio. This was once a peaceful surf spot, but now it’s overrun with hotels, huge houses, Western restaurants, overpriced local food, and overpriced shops lining the beach. A few years ago the pollution was so bad that the city lost its environmental seal for clean water. Now the water is better but they still don’t have that environmental seal back.

One could argue that expats are bringing in much-needed development to the area, but the places I’ve been to don’t show anything to warrant that. The cities in Panama and Costa Rica were still poor, there was trash everywhere, and the roads were full of potholes and lined with broken sidewalks. The flood of expat money seemed to only create an expat community that lived largely divorced from the local life.

When I went into the tiny local restaurants or stopped to watch some local event, there were never any expats around, never anyone but travelers. The local expats simply hung out with themselves, in their own community, largely doing what they did back home but cheaper.

When I used to be an expat, I lived in big cities. With large cities, the expat lifestyle isn’t as pronounced as it is in small towns in Central America.

Yes, expats in Bangkok have driven up prices in some places, but the whole city of 12 million people hasn’t been fundamentally changed. In Taipei, life went on as if the expats didn’t exist. A few thousand people can’t change cities of millions. I can’t say the same for these small towns. They are definitely different. They are forever changed.

And seeing this change has changed me.

I never really thought about the impact that large communities of expats have in developing countries. I don’t think it is for the better. I think that large amounts of money coming into a country can actually have a negative effect on the people and place.

It doesn’t always have to be the case. There’s a way to create an expat community that doesn’t ruin the local environment. But after seeing Phuket in Thailand, Seminyak in Bali, and now Central America, it seems that more often than not the expats come in and supplant their own way of life. They create a bubble for themselves.

I can’t change the way governments behave in foreign countries. I can’t control how places deal with expats.

But I can control how I spend my dollars.

It would be naive of me to say that I will never visit a touristy non-local place again. Popular places are popular for a reason, and just because a place has Westerners doesn’t mean it is bad. Moreover, you can’t always know who owns a place. Maybe that pizza place is owned by a local catering to tourists.

But wherever I go, I can make the effort to support locally owned businesses. I can give my money to the people who were there before the expats came in. I eat at the local food shops and stay in small guesthouses. I can contribute to the locals and not the expat bubble.

I can make an effort.

And from now on, that’s just what I plan to do.