How to Visit Sunny Chernobyl 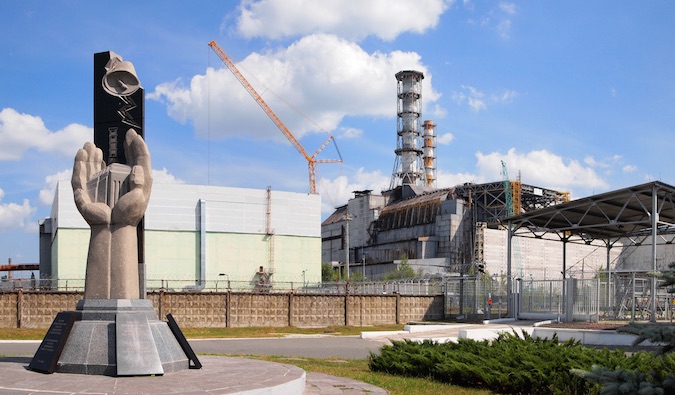 A few months ago, I read the book Visit Sunny Chernobyl by Andrew Blackwell, about the world’s biggest garbage-ridden and polluted places. It’s like the anti-travel guide. It’s about all the places a traveler wouldn’t go, the ugly places we overlook. It was interesting to learn about these places that exist but never get any coverage. Smart, funny, and well written, this is one of my favorite books I read all year. Since Andrew lives in NYC, I had the good fortune to get to chat with him recently.

Nomadic Matt: Tell everybody about yourself. How did you get into writing?
Andrew Blackwell: I got into writing just by being a reader. I was always interested in reading and writing in high school and college, but I had no real professional experience as a print reporter before I wrote the book. My real background was as a documentary editor. But you learn a lot about storytelling and structure through filmmaking.

Nomadic Matt: How did you come up with the book idea?
I was living and traveling in India for about six months with my girlfriend. She was working for an NGO, and I was traveling around with her to these environmental sites and got to see some quite polluted, not-on-your-regular-tourist-itinerary places.

And I really enjoyed them.

I thought, “You know, if no one writes the guidebook to polluted places, nobody will know that these places are interesting to visit.”

So I had this idea, and it always just kind of kept rattling around in my head. I eventually just really incrementally developed the book proposal and wrote the first chapter on my own really slowly over the course of several years. And then once I had that, I started showing it to agents.

And the way it works for nonfiction books, especially if you’re not established, you have to basically write the first chapter first. You have to write a proposal sort of mapping out what the whole thing is. But it was getting a book contract that forced me to really have to go out into the world and do this!

Nomadic Matt: Yeah, that’s a long time. How did you pick the places in the book?
Well, I wanted to get a good spread of different kinds of environmental issues and different parts of the world, as well as different travel activities. I was thinking about the book not just as an environmental reporter would but also as a travel writer. I didn’t want to be hiking in a forest on every trip.

So those were the three criteria: the choice of environmental issue, the geographic location, and the travel angle.

For example, you always hear about the garbage patch, but almost no one who writes about it has actually been there, because it’s an incredible pain in the ass to get there. So I thought, “I’ve got to go there.” And that would be the “cruise” chapter.

Nomadic Matt: What was your favorite experience or destination? 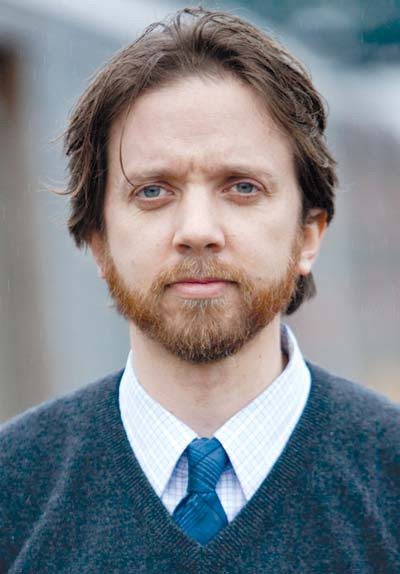 I will always have a soft spot for Chernobyl itself. It’s just a really interesting, fascinating, beautiful place. Plus, you’re somewhere you don’t really know the ropes, you don’t know anybody, you’re feeling kind of clueless, maybe a little lost or isolated, and then something happens where you suddenly feel you get it, you start getting your bearings.

I had that experience in Chernobyl, where I felt that I was on this quite limited, official tour, and then I ended up staying the night and just getting wasted drunk with my tour guide. And we had a blast. I still remember being in this tiny cinderblock room, which was the only bar open on a Friday night for Zone workers, pounding back shots of cognac out of tiny little plastic cups that you might see at a dentist’s.

Nomadic Matt: So did you visit the first destination, Chernobyl, on your own?
Yes, I literally went to Chernobyl on my vacation time. I just went and did my best imitation of what a reporter is supposed to do. You know, talk to people, take notes, and find out stuff. And that went relatively well.

After that, I worked on the proposal and the sample chapter for probably another two years.

Nomadic Matt: What was your least favorite?
That’s hard. I found parts of China difficult. I would never have been able to do it without a translator, because of the language barrier. No one spoke English; no signs were in English.

Also, the voyage to the garbage patch was in some ways the most difficult. It was both an extraordinary, beautiful experience, but you’re on a boat in the middle of the ocean with nothing around, feeling slightly motion sick for almost a month. Being on the ocean is scary. If you fall over the rail and nobody notices you — you’re just gone. You’re floating in the Pacific Ocean, a thousand miles from land. It’s a little scary and physically exhausting.

Nomadic Matt: Why isn’t there more of an effort to see the negative side or talk about the environmental effects of travel and development?
There’s a question of why polluted places aren’t on our normal travel itinerary, and I think in some ways that’s obvious. Because people think they’re probably gross and don’t want to go there. I would say they actually aren’t that gross.

I would also say that I think that a lot of what people are traveling for is often to live out a certain kind of fantasy about what life could be, or what another country is like or what travel even is.

I think if you were traveling because you want to find out how the world works, then that would open up a lot of other places that aren’t obvious travel destinations and that would include problem environments. We’re all interested in the environment, right? To me, that means I should be interested in seeing what pollution looks like at close range. And I think it’s not as viscerally disgusting or awful as people expect.

Nomadic Matt: I would definitely agree that to some extent people want the romance of a destination. What is the one thing you want people to get from your book?
This is going to sound super pretentious, but to me it’s really about accepting a world that is less perfect. A lot of environmentalism is motivated by a very idealistic version of what we wish the world would be like, that it would all be green and clean and full of beautiful, exotic animals and so on. But I think it’s very important for the future health of the environment for us to be realistic about the fact that we’re not going to get to that perfect, idealized Garden-of-Eden-style environment.

For example, if you go to Paris and you’re looking for that romance and it’s not what you expected, then you have two choices. Either you can think it’s a disaster and it’s a failure and go home totally disappointed — or you can really engage with how it actually is.

And that’s going to be more sustainable and a richer experience, even though it’s not meeting your preconceptions.

Nomadic Matt: Did you learn anything about how people view the environment on your trips to these places?
Yeah, definitely. I think we hype the grossness of places to help us care about environmental issues. On one level that’s OK, but I think we, as consumers of media and concerned people about the environment, we need the hype, the image, the scary story to help us connect with why it’s important. So connecting with why it’s important is good, but at the same time it builds up a lot of mythology.

It’s controversial to say but the dangers of Chernobyl and the effects of Chernobyl have been overblown; the imagery of the garbage patch has been overblown. A lot of it has to do with imagery. Like, we really think some place is going to look and feel and smell so disgusting, but when you go there you’re like, eh, it’s just kind of another place.

And the environmental issue is very real, but you just realize that we’ve been connecting it through a sort of hyped imagery.

Nomadic Matt: What advice would you have to travelers regarding travel and the environment? 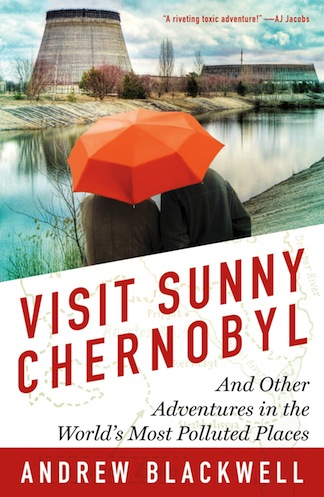 I think eco-tourism traditionally means a place that helps us visualize an untouched environment. But we should expand the idea of eco-tourism to include all sorts of environments, even if it’s a place that’s undergoing severe problems, or recovery. Places like Chernobyl, for example.

And travelers shouldn’t hesitate to reach out to NGOs and to people who are in that location, working on those topics. If your interest is sincere, you’re going to make a lot of friends and have some unforgettable experiences. I mean, I’m a reporter, but a lot of the time it’s not because I’m a reporter that I’m welcomed by some activist or organization. It’s really just because I called up and said, “I’m going to be in your area and I’m interested in what you’re doing. Can we hang out?”

If you’re respectful and legitimately interested, that opens a lot of doors into a lot of interesting places.


***
Andrew’s book was one of my travel books of the year and getting to meet and interview him was an awesome experience that added even more depth to his book. There’s just something both captivating and unsettling about these often-ignored destinations.

And as the world begins to shift toward sustainability and green travel, the issues Andrew highlights have become even more important and relevant. If you haven’t read it yet, add it to your reading list. I can’t recommend the book enough!