Interview with Thomas Kohnstamm – Do Travel Writers Go to Hell? 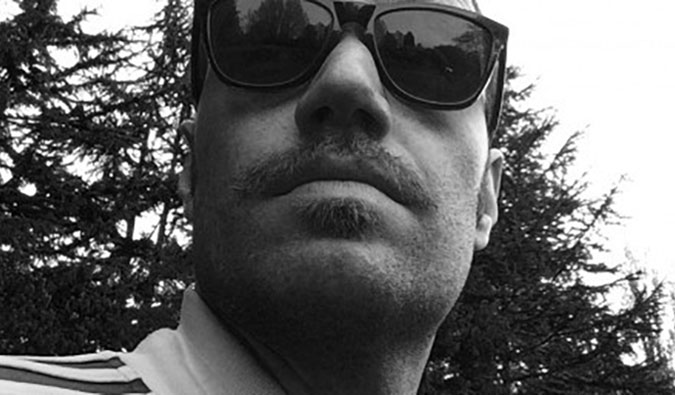 A few months ago, a book came out came out that swept the travel writing world. Do Travel Writers Go to Hell? caused a lot of controversy with its depiction of guidebook writing. Lonely Planet even had to issue special statements to reassure users that its books were accurate.

Now, with the issue having died down, writer Thomas Kohnstamm reflects on the controversy, guidebooks, and writing.

Nomadic Matt: Your book created a lot of controversy when it came out this year. Did you anticipate such a media firestorm? Did you think there would be such a negative reaction to the novel?
Thomas Kohnstamm: I knew that there would be some controversy, but I assumed (perhaps naively) that the conversation would be based on what was actually said in my book. Much of the blow-up was based on speculation, rumors, and misquotes. 99% of the people criticizing me and my book had not even seen a copy of the book or read a single page of it.

The controversy dealt with you saying that for the Colombia book, you never went to Colombia. However, you were asked to write the history section of the article, which can really be done from any library. Do you think the media just blew this out of proportion?
That came from a conversation that I had with an Australian journalist about the issue of “desk updates” in travel writing. I wrote the History, Environment, Food & Drink, and Culture sections of that book – basically the intro of the guidebook.

Would my research have benefited from me visiting the country: yes. But the reality is that on many low-budget travel writing projects (i.e countries like Colombia), publishers can only afford to send a couple of the writers into the field.

Lonely Planet DID NOT contract me to go to Colombia as there was not enough money in the budget for the book. I did the research based off of memory, notes, interviews with Colombians, and research at the Colombian Consulate in San Francisco.

The journalist twisted my words to make them sound as if I had been paid by LP to go to Colombia and I personally determined that the money was insufficient and therefore lazily sat at home and made shit up. The whole newspaper article was written with the intent of being as sensational and scandalous as possible.

The article was picked up by some news wires and traveled the globe and blog echo chamber without any deeper thought or evaluation. And all of it was based on a single, faulty story in an Australian tabloid.

Last month, I interviewed a travel writer who said that your book was an inaccurate description of the profession. According to him, a little self-discipline, the ability to negotiate a fair contract, and some professionalism will get the job done. What’s your thoughts on this?
Do Travel Writers Go to Hell? is about my experience as a young, wide-eyed travel writer working on my first project. It is not a book about my whole career as a travel writer.

Obviously, I learned how to function in the industry much better as I had more projects under my belt.

Many people get into serious financial trouble on their first project or two. If they don’t figure a way to make it work under the tight time and financial constraints, they are simply replaced by another wide-eyed travel writer who will work for little more than a byline and a chance to travel. The potential labor pool is practically limitless.

Also, I received only the highest marks from Lonely Planet on my writing. I may have had some bumps in the road, but I always submitted quality work in the end. I ended up doing a lot more adventurous, cutting-edge research and insightful writing than many of those play-by-the-book earnest writers who spent all of their time visiting the same old hotels down the tourist trail.

I read you once got pistol-whipped while on assignment. From that story and your book, it seems guidebook writing is one interesting calamity after another.
I was only pistol-whipped once – fortunately. I had a lot of crazy experiences as a travel writer, but I really like to get involved in what is going on in a given place and not just float through as a detached observer. Sometimes I get in over my head.

How did your family and friends react to the book? It’s pretty raw. I bet there were not interested in reading about your drug and sex exploits.
My mom didn’t care for the drinking. My girlfriend didn’t care for the sex. My dad thought it was all great. I purposefully wrote it without feedback from friends and family as I wanted to be able to write about my experiences in an unvarnished, honest way.

It seems like your days as a guidebook writer are over. What are you doing now?
I haven’t written a guidebook in a few years. I am just working on books and screenwriting at this point. I hope to continue to do some travel writing, but I prefer the book-length format.

Most writers start out wanting to be a writer. This sort of fell in your lap when Lonely Planet sent you to Brazil. What made you stay a writer and not go back into the business world you left?
I started out wanting to be a writer too — although I was originally most interested in writing about politics. My first guidebook project arrived a little more abruptly than I had anticipated, but in Do Travel Writers Go to Hell? I discuss how I had already written a phrasebook for Lonely Planet years before and had been offered some guidebook writing back in 2000.

I had a nascent writing career in my early twenties but was distracted by a few years spent in academia. When I dropped out of a D Phil program, I accidentally washed up in the business world.

Travel writing has taken you to a lot of places. What’s your favorite country?
That’s hard to say. I love Brazil and will spend Christmas and the New Year there this year. India was one of the most fascinating places that I’ve traveled. I love skiing in France and Chile. I’d like to visit Mozambique and Madasgascar.

After seeing the guidebook world from the inside, do you still recommend people use them?
I still recommend guidebooks and tend to prefer Lonely Planet to the other brands. That said, I would argue that guidebooks are subjective (and somewhat arbitrary) and are not the singular or correct way to approach a destination. People should use guidebooks as a basic tool, but not follow them slavishly.

Otherwise, guidebooks basically ensure that thousands of people all have exactly the same unique travel experience. 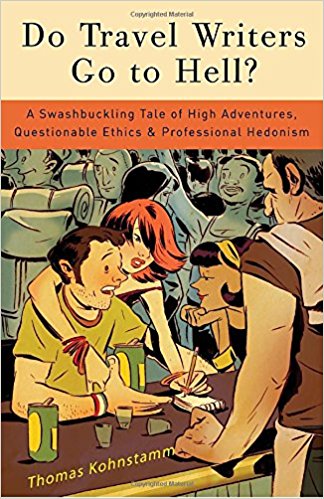 Thomas Kohnstamm currently resides in the Pacific Northwest and continues to make waves with his book, Do Travel Writers Go to Hell? If you are interested in reading more, you can purchase the book at Amazon.