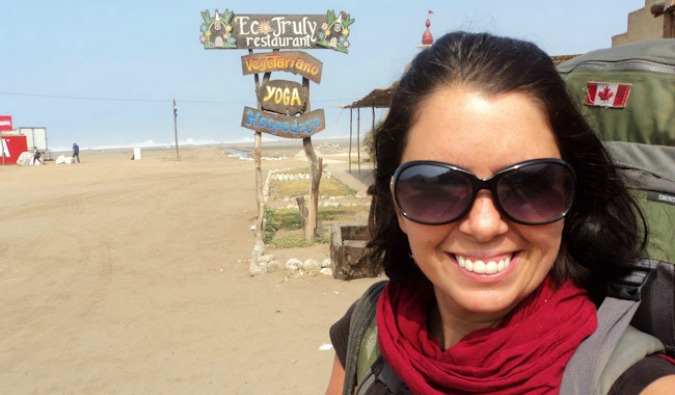 This is a guest post by Ayngelina of Bacon is Magic. She will be writing a series of articles on traveling as a solo female in your thirties.

I had a textbook childhood. I went to university, graduated with a degree, worked hard, and eventually landed a great job as an account director at an ad agency. It paid well, and I wore jeans to work, practiced yoga at lunch, and went for pints with coworkers after hours.

But I wasn’t happy. The problem was I wasn’t unhappy either.

I was plugging away, doing my job, with no real highs or any real lows either. I worked, had dinner with friends, and went out on the weekends. I had enough money to go on vacations and do as I liked.

This was what life was supposed to be about, right? Work hard to score a great job and money to afford the trendiest clothes and best restaurants? I chased after that in my twenties, but once I hit my thirties, I realized that none of it made me happy.

I had always wanted to travel more than just for a short holiday. On vacations to Europe and Southeast Asia, I met people who gave up their careers to travel long-term. I was envious. I wished I could do that.

After ten years of working, that dream was neatly tucked away in the cabinet of things I wanted to do but was too afraid to. I had lots of excuses: I didn’t make enough money, I didn’t have enough in retirement, I wasn’t where I wanted to be in my career. None of those were true, but they helped me legitimize not traveling. But I promised myself I would someday.

But we all know someday never happens. We tell ourselves we’ll go after the dream in our head…but only if all the stars align, there’s a full moon, and we get a perfect Yahtzee score. I

n reality, “someday” rarely comes, and we resign ourselves to simply dreaming about it.

What finally pushed me over the edge was turning 32 and sensing my biological clock ticking. I didn’t know if I really wanted to have kids, but I knew if I did, I had to travel now. I believed once you had kids, your life changed too much to travel.

My friends with children never contemplated going to Colombia or Mongolia; they just wanted a decent night’s sleep and a sale on diapers. If I was going to have children, I wanted one last taste of glorious independence.

When I fantasized about this one last great adventure, I thought it would be with someone else. I tried to beg, cajole, and bully my then-boyfriend into coming, but it wasn’t his dream and I was too scared to go alone. 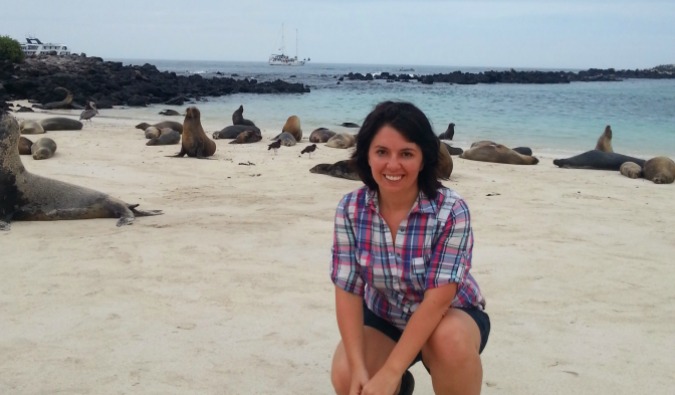 I had traveled alone once before, on a week’s vacation, eating my way alone around Rome. But that was easy. A week in Italy is much different than selling everything, quitting your job, and taking a one-way flight to Mexico.

This time, I would be giving up my comfortable life, and that was a scary thought.

But one lazy Sunday afternoon as I was watching a movie with the boyfriend asleep on the couch, I looked around and thought:

Is this all there is? Is this my life? Is my dream to travel over?

I was on this track for the boyfriend/apartment to turn into husband/house/kids, and I suddenly realized wasn’t ready for that. There was no convincing him, though — I would have to go alone.

“Someday” had turned into now.

I got up from the couch, went to my laptop, and started figuring out my finances. That was the beginning of the end of my old life.

I was so afraid to go, but more afraid to face the regret of not going. I made a promise to myself, and I was too stubborn to break it.

Somehow, thinking that children were the end to independent travel gave me the push to finally go travel. I slowly started selling off all the pieces of my life, from furniture to clothing to my beloved book collection.

I put on a brave face when I told friends and family I was going, but inside I was terrified.

What would I do alone for a year?

Would I be lonely the entire time? W

ould I be scared to travel in countries where I didn’t know the language?

After going away parties, goodbye lunches, and farewell dinners, my boyfriend drove me to the airport. We broke up outside airport security. As I gave him one last hug, I clung to him tightly. He represented all the safety and security in my life. I had a hard time breaking the embrace. I was so scared of the next step. 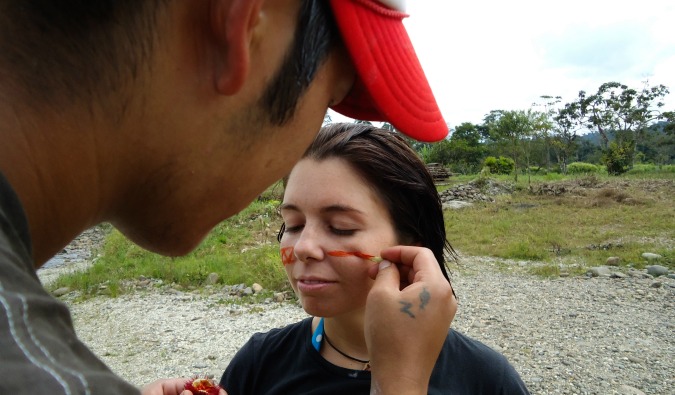 But he was stronger and let me go. We said goodbye, and as I walked through security, I looked back the entire time, glassy-eyed, watching him watching me go. I finally turned around and walked through the security doors.

And, as I passed the metal detector, all my fear and doubt vanished. It was replaced with this strong sense of knowing I had done the right thing.

Now, a year later, I look back with certainty that it was the right thing. I have no plans to return to my old life. I have no idea what the future brings on the road, but I’ve never been happier.

Ayngelina left a great job, boyfriend, friends, and apartment to find inspiration in Latin America. You can read about her adventures at Bacon is Magic (which it is!).