Learning to Trust Others in Jordan 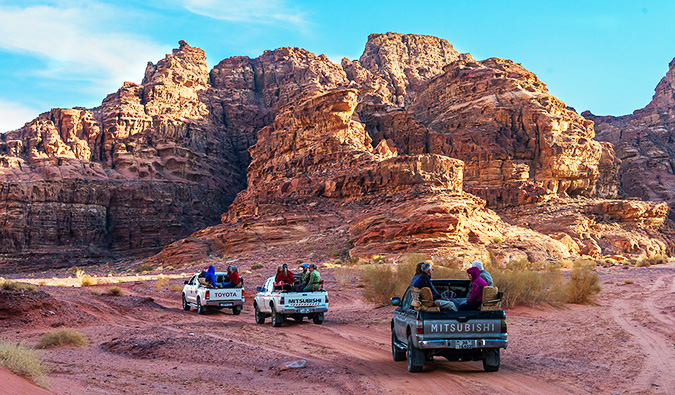 This is a guest blog by Laura, our resident expert on female travel. Many of us have preconceived notions about what life in the Middle East is like, and how we might be treated if we travel there. While traveling in Jordan, Laura had some surprising encounters with the locals. As a solo female traveler, Laura was welcomed and treated kindly in Jordan…especially when things got tough.

My alarm went off at half past four. As I waited outside in the dark for my taxi to show up to take me to the bus station, a man appeared from the shadows of the restaurant and I jumped, startled from being in a half-asleep state. He was the security guard, and after seeing that I was awake, he brought me a cup of Arabic tea. There’s nothing like having a sugary drink at 5am, and since it would have been rude not to accept his hospitality, I gulped it down.

I don’t normally wake up so early. However, the prior day, there had been a lot of confusion about the bus I should take to get to a little village called Dana. I’d heard a lot about it and wanted to visit. Public transport in Jordan isn’t easy: the buses tend to leave extremely early, and many destinations can only be reached once or twice a day. In my case, there was only one bus a day from Aqaba to Dana, and no one knew which bus station the Dana bus departed from. I had talked to my hotel owner for help. He made a few phone calls and told me he was certain that the bus to Dana was leaving from the main bus station at 6am.

I told my taxi driver to take me to the main bus station to go to Dana. “Oh no,” he said, “It leaves from the other bus station.” After much discussion, I decided to trust the driver. We arrived at the second bus station at 5:35am. No bus yet. Suddenly, the neighboring mosque began the call to prayer. The next thing I knew, my taxi driver was jogging away, yelling back over his shoulder that he’d “be right back.” Upon seeing my look of surprise, he tossed me the car keys — as if that would put me at ease. 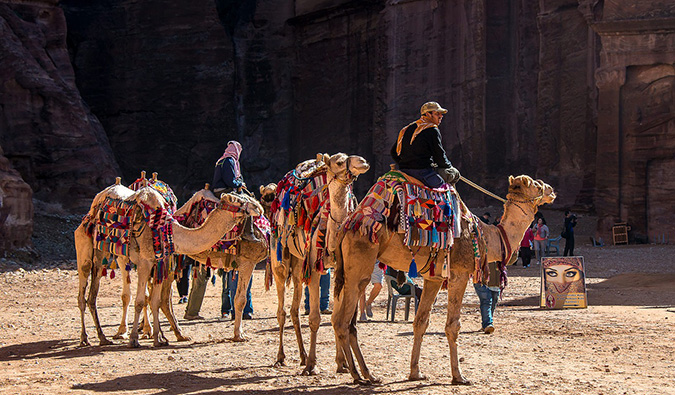 I stood there dumbfounded in a crowd rushing to the mosque. I can only imagine what people thought as they looked at me, a blonde white girl leaning against a taxi by herself in a small town before dawn. If I said I stopped a few people in their tracks, that would be an understatement. My taxi driver returned from the mosque at 5:50, just 10 minutes shy of the bus departure.

After another five minutes, there was still no bus, so he asked around. Several people said the bus was actually leaving from the main station. We jumped in the car and drove to the main station. By some miracle, my driver spotted it on the street as it was getting ready to pull away. I grabbed my things and practically leaped out of the car.

As I was boarding the bus, the driver told me that he wasn’t taking the direct highway to Dana, so I’d need to switch buses at some point. I was just so relieved that I’d made it before he pulled away that I didn’t care.

It was a hot, dusty ride, and the man in front of me chain-smoked the entire way. After four hours, we left the desert landscape and climbed into the hills. When we reached the next town, I was told to get off. As soon as I stepped out of the minibus, a taxi driver flagged me down. I refused service and told him that I was waiting for the minibus to Dana.

“There are no more buses today,” he explained. “The buses to Dana don’t operate on Fridays.” 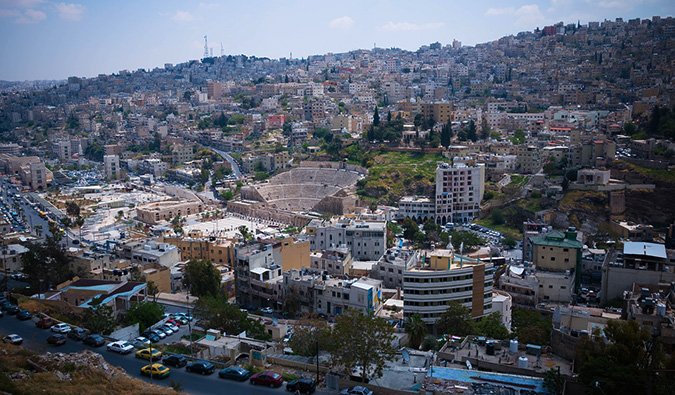 I didn’t believe him and walked away. I crossed the street, bought a couple of bananas, and turned around to see the taxi driver still there. I thought about the situation. I slowly realized that he was probably telling the truth. In Jordan, Friday is a weekend day, traditionally meant for families. I made a snap decision, walked back to the driver, bartered for a better fare, and we were on our way to Dana.

As a solo female traveler, you’re always on guard. You hear stories of people being swindled or misled. It’s hard to let down your guard and trust others. Sometimes you just have to go with your gut and realize not everyone is out to cheat or hurt you.

I learned that on my way to Dana.

Laura Walker runs the website A Wandering Sole. She currently resides in Portland where she runs Amsha, an accessories and home goods brand produced in East Africa. In addition to running her business, Laura works as a job coach for newly arrived refugees in her city. She works with clients from all over the world, and uses her limited knowledge of Swahili to serve Congolese clients. She also serves clients from the Middle East, Asia, other countries in Africa, Central America, and Cuba.

Book Your Trip to Jordan: Logistical Tips and Tricks