Unusual Place of the Month: The Paris Sewers 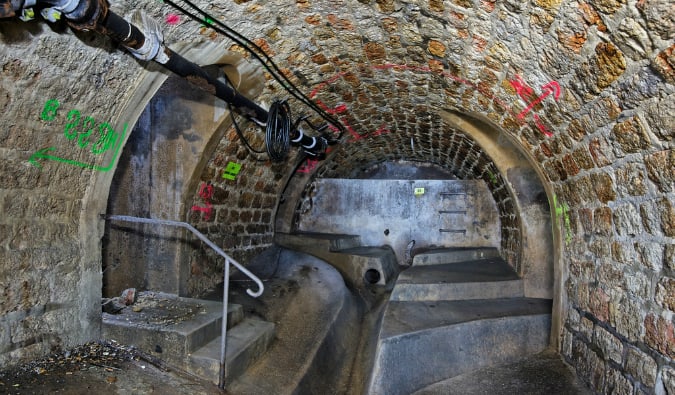 NOTE: As of July 2018, the Paris Sewers Museum is closed for renovations. It plans to reopen in 2020.

Paris. It’s one of the most romantic cities in the world. Sipping champagne at the Eiffel Tower, admiring incredible works of art at the Louvre, strolling along the Seine. Paris is a beautiful city, but there’s more to it than meets the eye.

You just have to look below the surface.

Some of the best sights in Paris are actually found underground. There’s the popular Catacombs of Paris, where you can explore bone-laden passages.

Paris is a gigantic city dating back thousands of years. From its early days as a Roman outpost through modern times, the city has had to deal with the one thing that comes with people: waste.

In ancient times, it wasn’t too big of a problem. The population wasn’t large enough yet to create any real pollution, so everything went into the Seine. Sure, the streets were dirty and smelled, but that was just a fact of life all the way through medieval times.

However, as Paris grew in the Middle Ages, more and more waste went into the Seine, and by the late Middle Ages, the river was too polluted to use anymore. It stank and made people sick. Moreover, the streets were filthy with human and animal waste. People just threw their waste onto the street, where it just sort of stayed. (This was a common practice all over Europe up until the 19th century. In fact, part of the reason women began carrying those little parasols in the late 18th and 19th century was to protect themselves from falling…debris.) 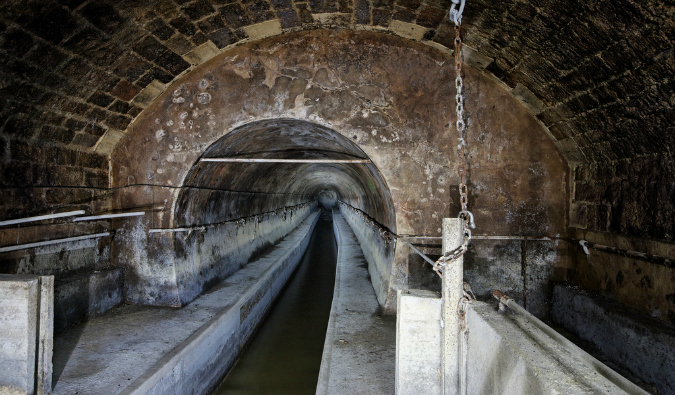 Something needed to be done.

Beginning in 1370, the city started building sewers and drains. The sewers expanded under leaders like Louis XIV and Napoleon, but while the system got bigger and bigger, it still wasn’t effective. Waste still eventually made its way to the Seine, and diseases like typhoid spread. Victor Hugo, who wrote Les Misérables, described the sewers as “fetid, wild, fierce…”

In the 19th century, the city employed an engineer named Eugene Belgrand. He expanded the sewer system (adding over 1,000km of new sewers) and the size of the drains and roads, started a treatment plant, and began to build aqueducts so Paris could pump in drinking water from the surrounding area. As the sewers expanded, disease and pollution declined, leading to decreased mortality rates.

Paris now has over 2,100 km of pipelines that, if stretched out, would reach Istanbul. It’s the biggest system in the world and deals with over 1.2 million cubic meters of wastewater each day.

The sewers opened to tourists during the 1867 World Expo and have been a huge draw ever since. The museum lets you explore part of the sewers and learn how the city copes with all its waste. It’s a very informative exhibit, with most of the signs in French, German, and English. You’ll get to walk through some of the active sewers and can hear the waste flowing to its final destination below you. And it actually doesn’t smell that bad. 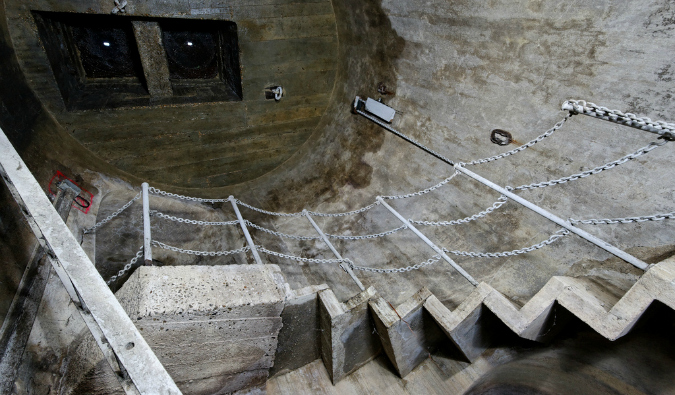 The tour can be done in 30 minutes or less. In the beginning, there are some pictures and information on the history of the sewers, as well as some of the old machines they used to clean them. There are a few parts where some of the displays are only in French, but most of the content was in English as well. Keep your eyes peeled for the large metal balls too. They were actually used to clean the sewers, as the water pressure would roll them through the sewers and unblock the debris that had built up.

Everyone comes to Paris to see the Louvre, the Eiffel Tower, and Notre Dame. See something different (and not too stinky). The Paris Sewers Museum offers a behind-the-scenes look and unique perspective on how this modern city deals with an age-old problem. It was one of the most unique things I’ve done — and I highly recommend a visit. (Plus, there are no lines.)

Oh, and just make sure to bring some hand sanitizer for when you are done! 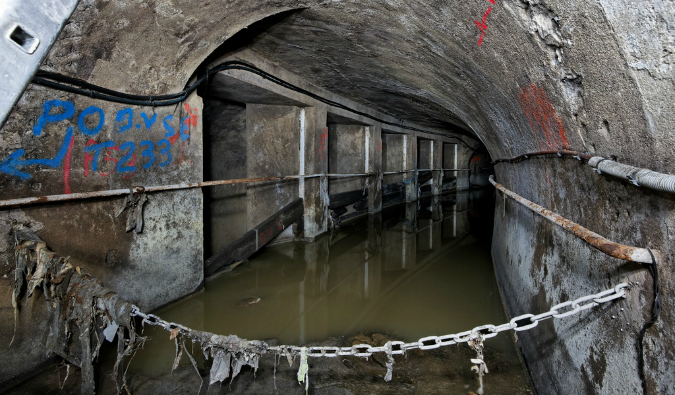 How to Visit the Paris Sewers Musuem
The Paris Sewers Museum is near the Alma Marceau metro stop. It’s right across the bridge on your left. It’s open every day except Thursday and Friday 11am-5pm and costs 4.40 EUR for adults, with discounts available. Admission is free with the Paris Museum Pass.

Get the In-Depth Budget Guide to Paris!

For more in-depth information, check out my guidebook to Paris written for budget travelers like yourself! It cuts out the fluff found in other guides and gets straight to the practical information you need to travel and save money in one of the most beautiful and romantic cities in the world. You’ll find suggested itineraries, budgets, ways to save money, on- and off-the-beaten-path things to see and do, non-touristy restaurants, markets, and bars, and much more! Click here to learn more and get started.

If you’re looking for more places to stay, here for my favorite hostels in Paris. And if you’re wondering what part of town to stay in, here’s my neighborhood breakdown of the city!

Need a guide?
Paris has some really interesting tours. My favorite company is Take Walks. They have expert guides and can get you behind the scenes at the city’s best attractions. They’re my go-to walking tour company!

Want More Information on Paris?
Be sure to visit our robust destination guide on Paris for even more planning tips!