12 Things to See and Do in Bristol 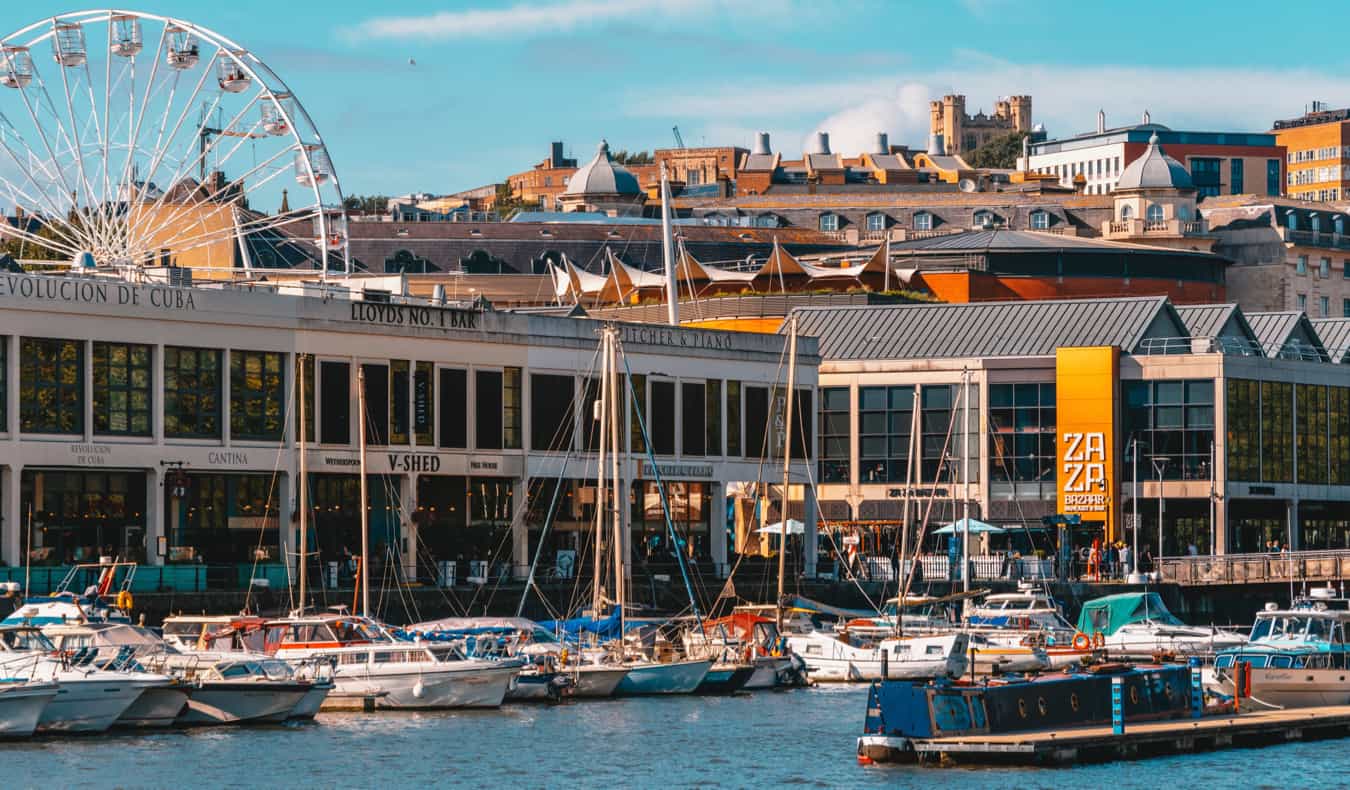 While most travelers who visit England only visit London, there are actually a lot of other gems in the country worth exploring.

One such place is Bristol.

“Bristol? There’s not much there.”

That was the standard reply from locals whenever I mentioned I was heading to Bristol.

On arrival, I found a hip college town with amazing eateries, great ethnic food, wonderful things to see, and plenty of green space.

Bristol is like the English version of Seattle. Most travelers seem to use it as a base for trips to Bath, and never fully explore this city, giving it only a brief glance before heading back to London.

This is a mistake.

With a population of around 500,000, Bristol is the largest city in southern England (after London) and is also one of the largest shipping ports in England. It received a royal charter in 1155 and, until the rise of Liverpool, Birmingham, and Manchester during the Industrial Revolution, was one of England’s largest cities.

Bristol suffered extensive bombing during World War II and a subsequent decline in its manufacturing industry. Today, the city is a vibrant college town. The University of Bristol dominates the city and the students provide a lot of income and jobs for the community.

To help you make the most out of your visit, here’s a list of my favorite things to see and do in Bristol: 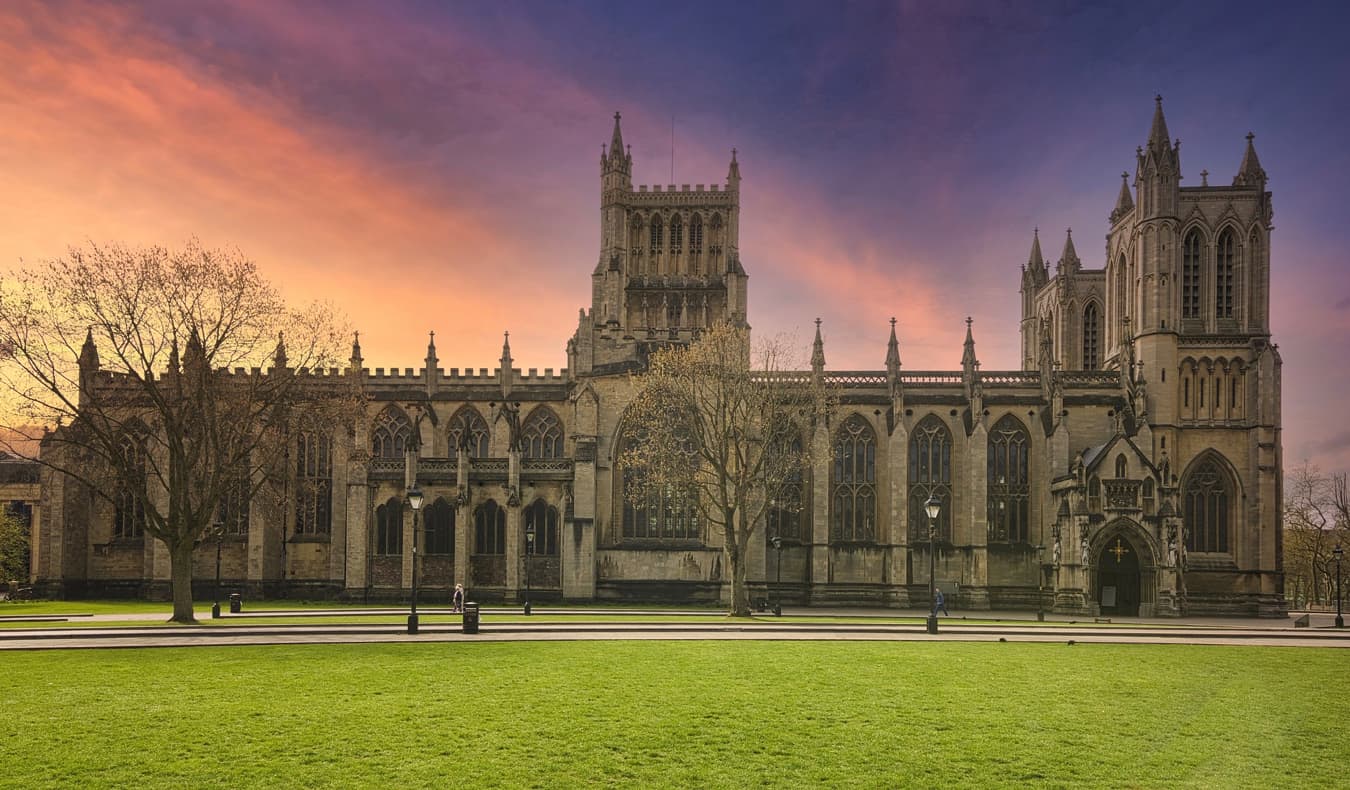 This beautiful cathedral was consecrated in 1148 and was built in the Romanesque style (and has a similar design to Notre Dame in Paris). Originally named St. Augustine’s Abbey, the cathedral stretches over 300 feet and while much of it has been rebuilt, some of the original building remains.

Tours are available on Saturdays at 11:30am and 1:30pm for free, though a donation of 5 GBP is suggested.

Originally laid out in 1650, King Street is a fascinating, historical part of Bristol. It used to be where the old sailing barges docked after their journeys from South Wales. Now the area is the heart of the theatrical district and features outstanding bars and restaurants. There are even some pubs from the 17th century that are still standing, such as The Hatchet Inn which was built in 1606! 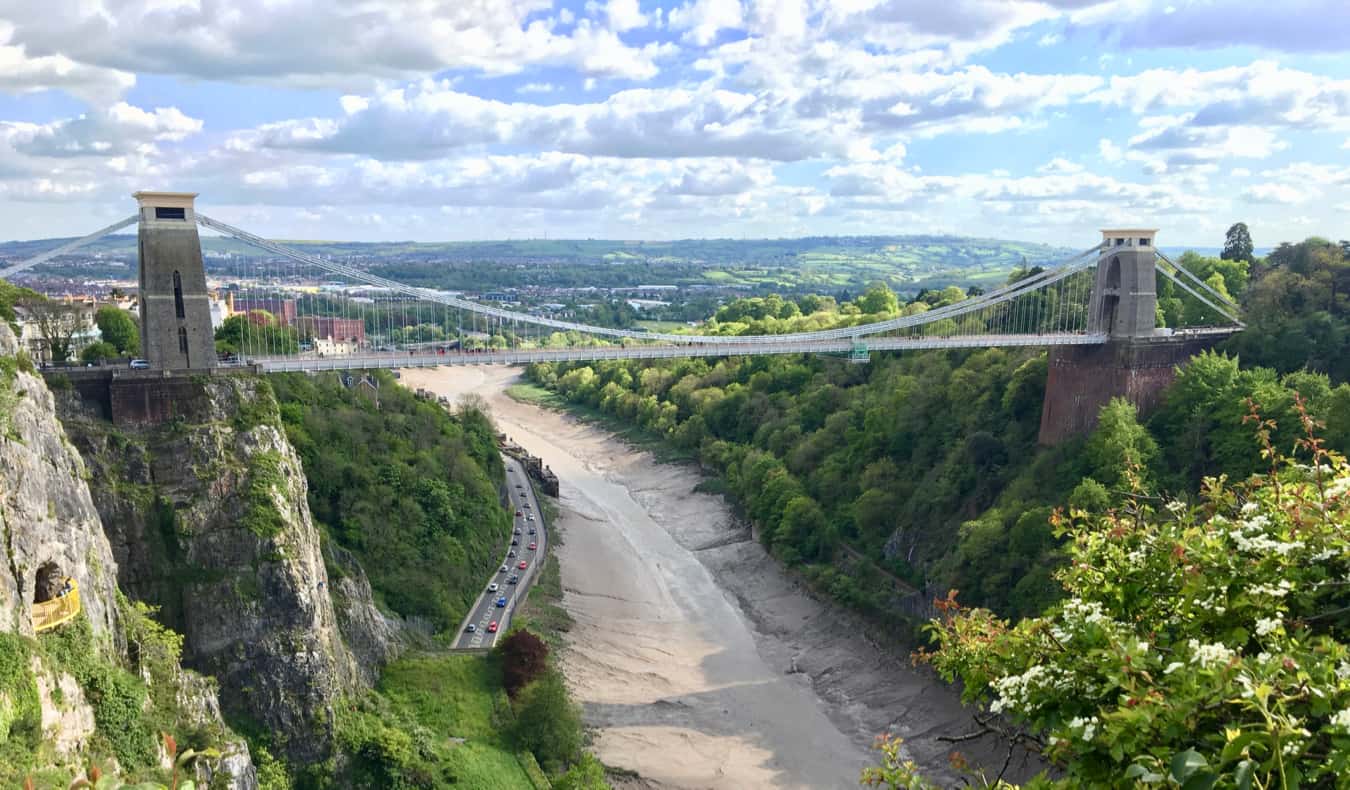 This is Bristol’s most famous landmark. Suspended high above the Avon Gorge and River Avon, the bridge opened in 1864 and provides sweeping views of the river and surrounding parks and buildings. It was also where one of the early bungee jumps in the UK was held in the 1970’s. The bridge stretches 1,352ft (412m) and handles almost 10,000 vehicles per day. There’s a small visitor center nearby where you can learn more about the bridge and its history too (it’s open daily from 10am-5pm).

This is a lively, bustling market with more shops than you could go through in an afternoon. There seems to be an endless number of farmers’ stalls with amazing local produce, second-hand bookshops, and vintage clothing stores. The market dates back to 1743 and is the perfect place to wander, explore, and people watch. 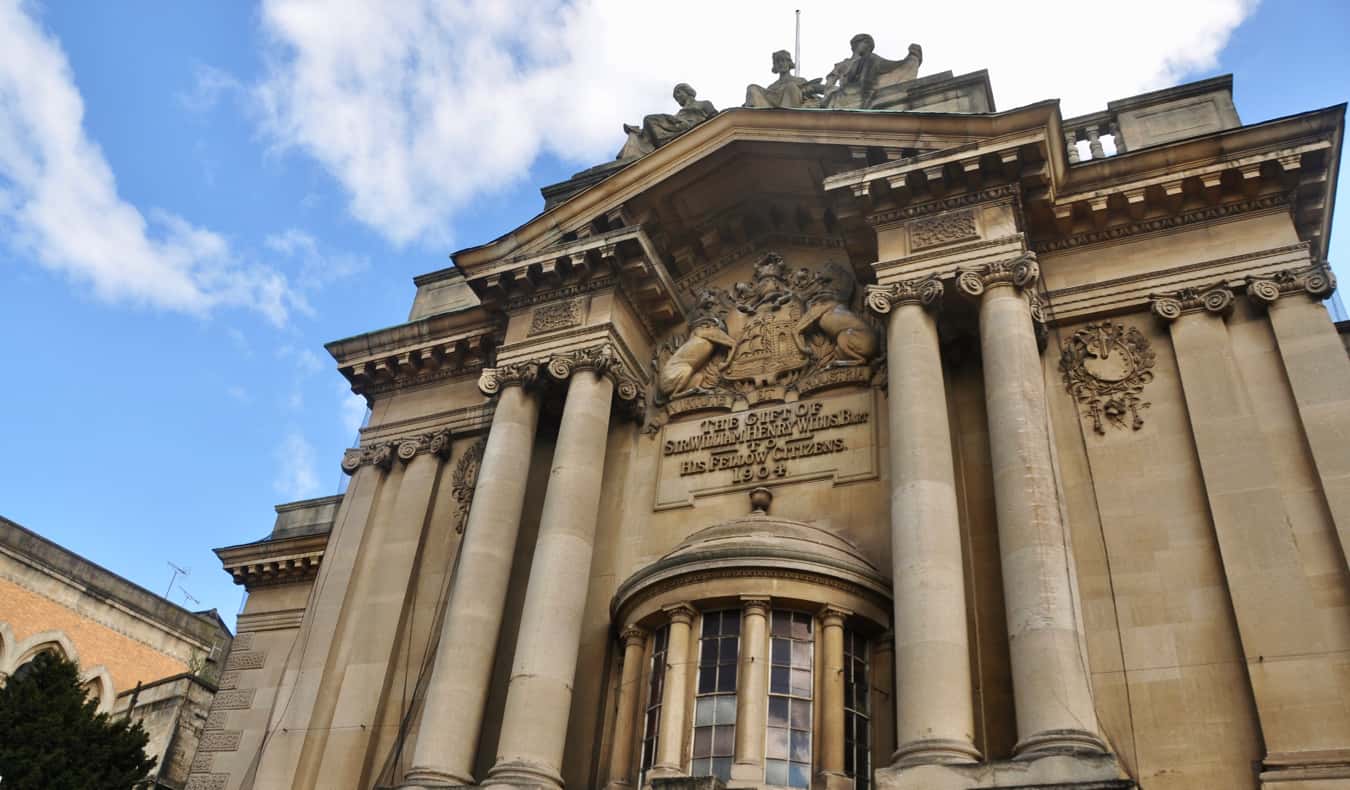 Established in 1823, this museum covers a little bit of everything — from archaeology to dinosaurs to English history to art. The expansive variety keeps things interesting so even non-history buffs will enjoy it. It’s the area’s largest museum and one of my personal favorites. While there are tens of thousands of items in the museum’s collection, it’s not too overwhelming and easy to see in a few hours. Plus, like all public museums in England, it’s free!

Bristol is an old city and has been an important port for almost a thousand years. With so much history, it should come as no surprise that the city has collected its fair share of ghost stories. To hear some of the tales as you explore the city, take a haunted walking tour with Haunted and Hidden Ghost Walks. Their tour lasts 90 minutes and is well worth the 5 GBP!

If haunted walks aren’t your cup of tea, take a street art tour. Bristol is home to several works by Banksy as well as tons of other murals. Tours from Where the Wall last 2 hours and cover the city’s best works of public art. Tours start a 7.50 GBP. 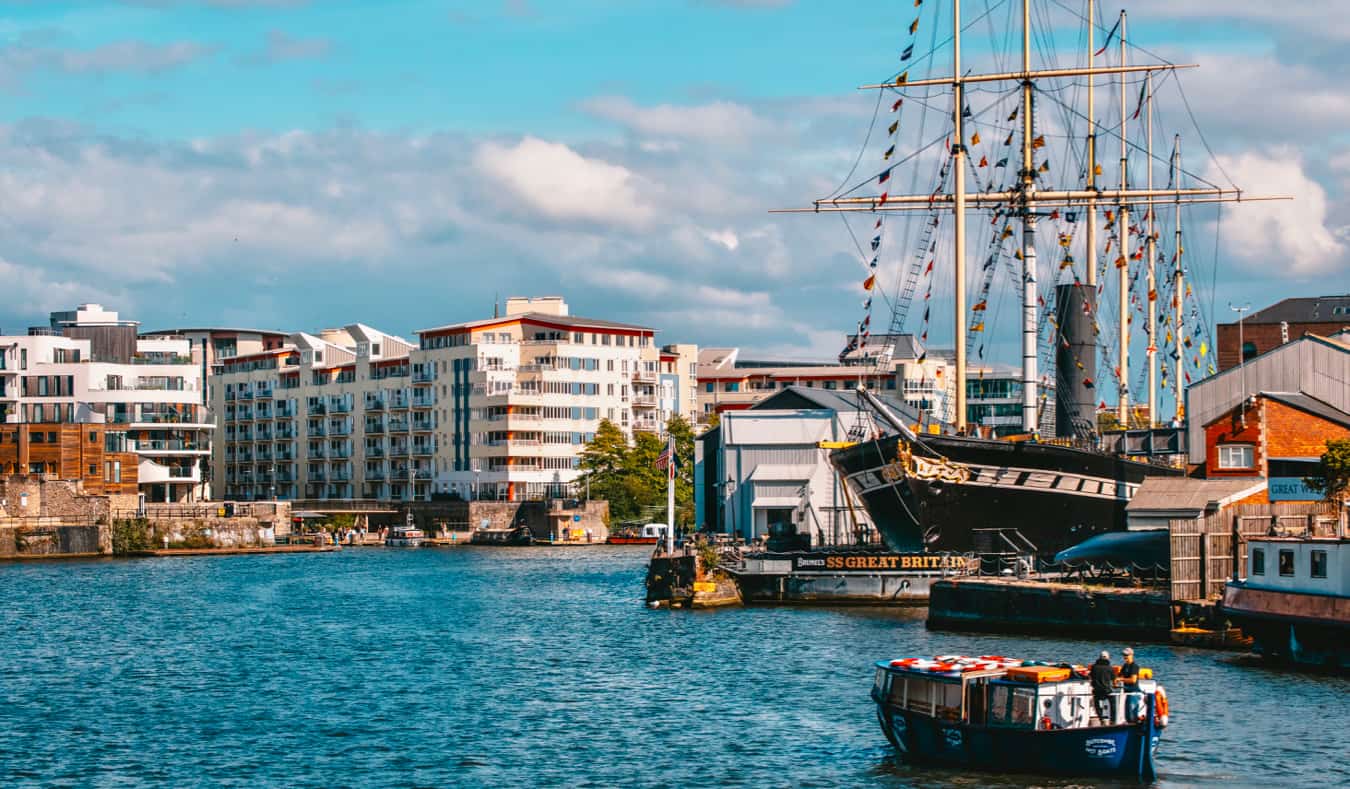 Located in the harbor, the S.S Great Britain was the world’s first steam-powered passenger liner. It took its maiden voyage in 1845 and was actually the longest ship in the world for almost a decade. (It’s 322 feet long).

Unfortunately, since it was so big it took a long time to build (it took 6 years to complete) and the owners went bankrupt not long after it was launched. It ran aground not long after and was sold for salvage. After being repaired, the ship was used to ferry passengers to Australia from 1852-1881 when the ship was converted to all-sail. It was scuttled and sunk in the Falkland Islands in 1937 where it stayed for 33 years until it was recovered, hauled back to the UK, and turned into a tourist attraction.

This science and art center is an educational charity dedicated to cultivating curiosity. Opened in 2000, it’s home to over 250 interactive exhibits, making it a fun and educational place to visit if you’re traveling with kids. They have a planetarium, 3D printers, and exhibits covering the human body, magnets, animation, and more!

9. Relax at the Downs 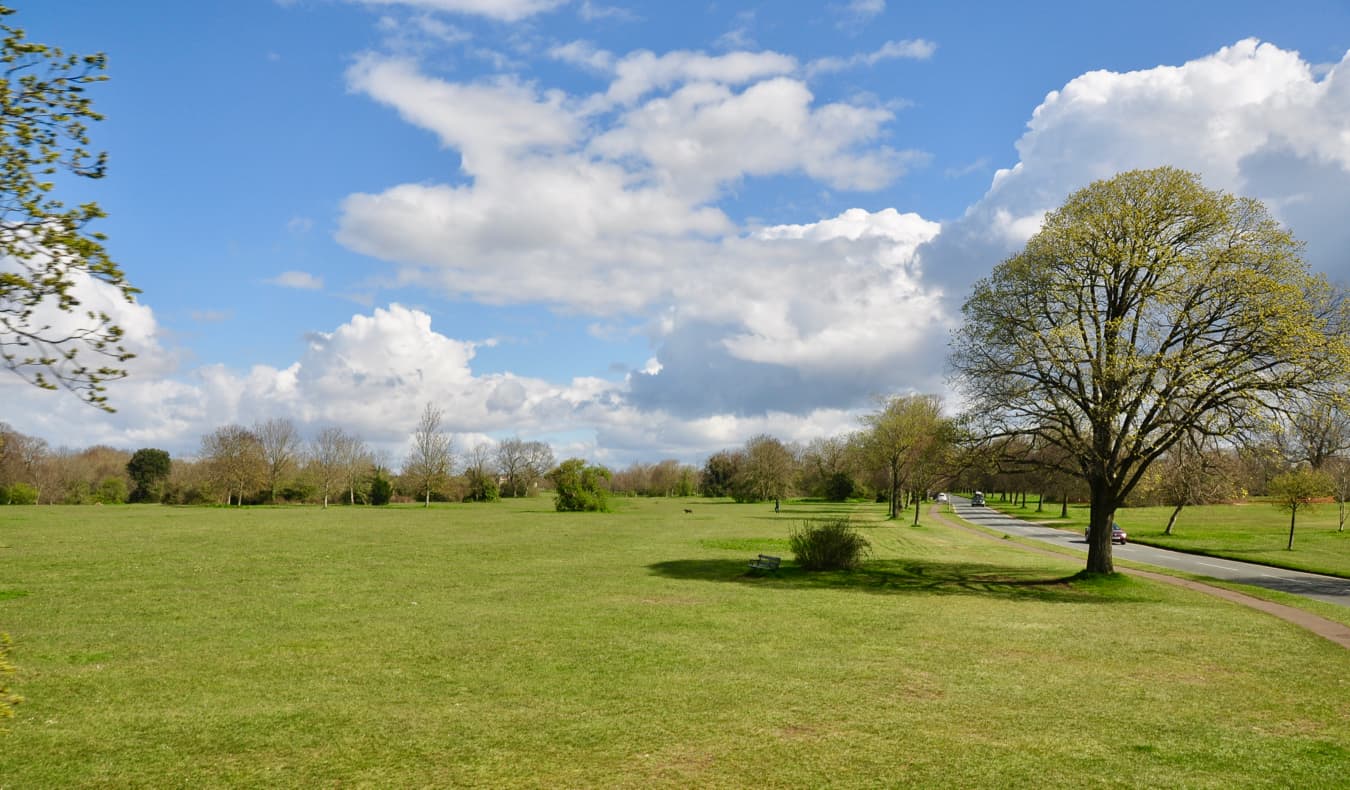 The Downs (Clifton Down and Durdham Down) are a protected parkland on the edge of the city. Spanning over 400 acres, they’re within walking distance of the Clifton Suspension Bridge and the Avon Gorge and make for a nice place to relax, stroll, and watch the locals play sports.

The tower, which stands 32m (105ft), was built in the 1890s to celebrate the 400th anniversary of the Italian explorer John Cabot’s departure from Bristol and his ultimate “discovery” of North America (he was the first European to visit North America since the Norse Vikings in 1,000 CE). The tower is constructed from sandstone and has a narrow staircase inside that you can climb to take in the sweeping view. 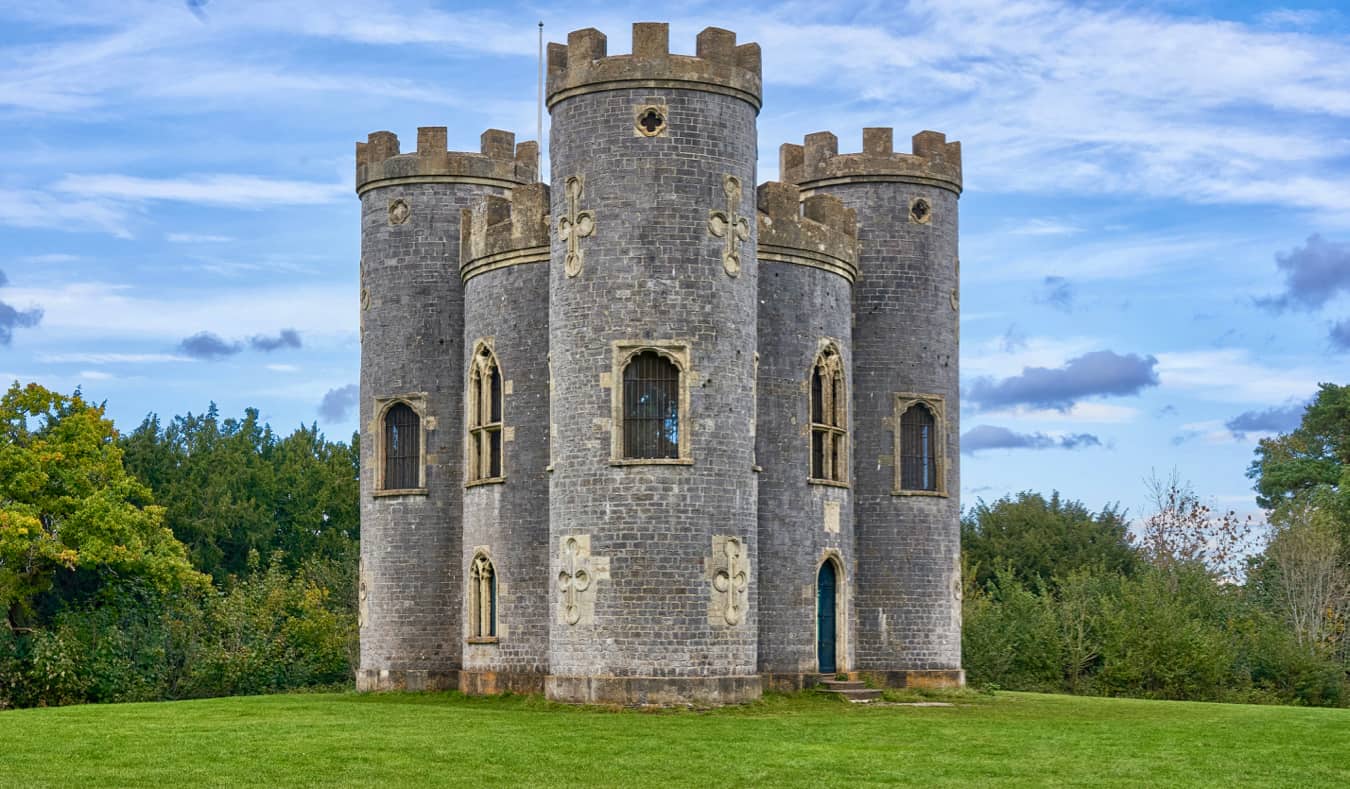 Built in 1798 in the Gothic Revival style, this “castle” is actually a sham — it’s not a real castle but rather a look-alike built by a wealthy family just for the fun of it. It’s essentially an ornamental building, offering sweeping views over the surrounding 650 acres and the Avon Gorge. There is also a nearby historic home that has been converted into a museum where you can learn more about the castle and its quirky history. 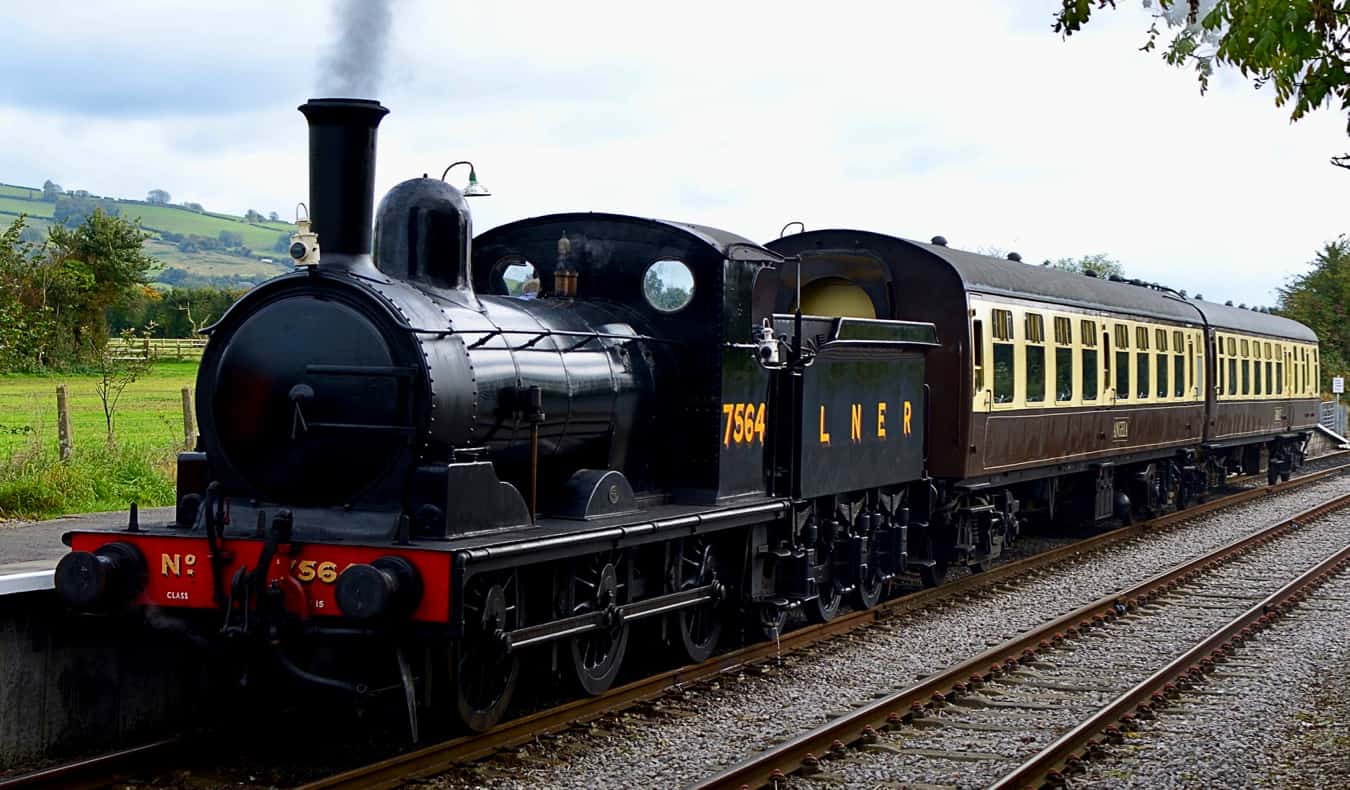 This railway, which dates back to the 1860s, once connected Bristol to Bath. Today it’s a three-mile heritage railway where you can ride a steam-powered train. There’s also a fully-restored Victorian train station and get a sense of what traveling was like at the turn of the last century. For hiking enthusiasts, there’s a walking trail beside the tracks if you’d rather explore on foot.

I thought Bristol, with its old industrial-turned-Bohemian charm, made for a great place to spend a few days. There were historic houses to visit, a few good museums, and some wonderful parks. Its image as an industrial center still lingers on in most of England, making it a place few go or want to explore.

But that works out for the rest of us. For while everyone else heads off to Bath, we can have the city of Bristol to ourselves.

I suspect one day the word will get out, but, at least for now, Bristol remains a hidden gem and a city that is well worth a visit.

Want More Information on England?
Be sure to visit our robust destination guide on England for even more planning tips!