The Ultimate Guide to Saving Money with Eurail Passes 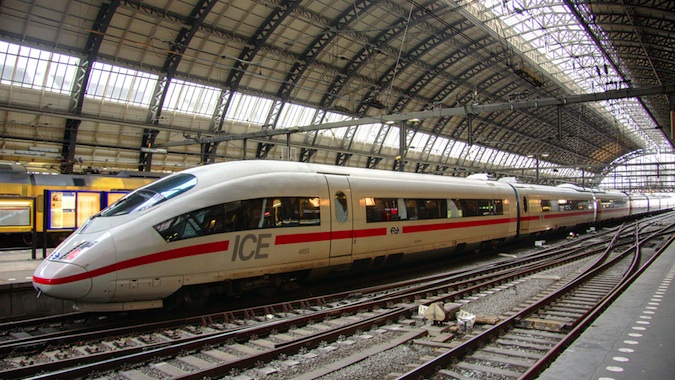 Do Eurail passes actually save you money, or are they a giant waste of time?

This is the eternal question every traveler and backpacker to Europe faces. Whether you are going for two weeks or two months, everyone wonders if they will save money by buying a rail pass or if it’s cheaper to buy tickets as they go.

Eurail passes and costs have changed a lot over the years.

It used to be that you could buy a rail pass, hop on a train, and go wherever you wanted. And, if you needed a reservation for the seat, it didn’t matter whether you had a pass or not — if there was a seat on the train, you got it. The train pass really was ultimate freedom.

Now, things are different. Pass costs have gone up, there are restrictions on when you can use them, there are often only a set number of seats available for pass holders on any given train, and many countries have instituted high-priced reservation fees (I’m looking at you, France!).

Additionally, as railways have had to deal with the rise of budget airlines, they have changed their pricing model to more closely imitate airlines. Now they now tend to offer cheap early-bird prices and expensive last-minute fares so depending on when you book you may get a better deal by booking a single ticket than using a Eurail pass.

Let’s break down how Eurail passes work, their costs, and if they are worth the money or not. If you want to jump ahead, just click on the links below:

What is a Eurail Pass?

Eurail passes are one of the most popular travel products in the world. The passes give you a set number of stops in a set time period. You can get continent-wide passes, country-specific passes, or regional passes. Just as there are trains that go everywhere in Europe, there is a pass for everyone. Passes come in two varieties: first class and second-class tickets.

Eurail Pass is a train ticket that allows you to travel in and through up to 28 European countries on trains and some ferries. The product was first launched in 1959 and is a product of a consortium of 35 European railway and shipping companies. They all banded together to create this company that then sells this pass.

It’s meant to be a hassle-free way to travel Europe by train and mean to encourage people to visit a wide variety of countries.

How Does the Eurail Pass Work?

Eurail passes are easy to use as they act as one global ticket. First, you buy your pass before you visit Europe. It can’t be bought while you are on the continent (unless you’re European). It’s a paper ticket that must be mailed to you.

The pass becomes valid the first time you use it. You don’t need to buy a ticket ahead of time, you can simply show up on the train, present the conductor with your pass, and keep going on with your journey. Some countries require you to book a seat ahead of time, and reservations are often required on most high-speed trains and overnight trains.

When you receive your rail pass, you’ll get a small book that lets you know the specific reservation rules for each country the pass covers.

The Thalys train has a limited number of pass holder seats, and since I didn’t pre-book a ticket, instead of traveling direct, I had to make two stops. It made the journey cheaper but also a lot longer than it needed to be.

On the Eurail iPhone app, you can filter for “Trains without compulsory reservation.” This can help you avoid seat reservation fees.

If your train requires you to book a reservation, you can do so the day of or day before you want to get on that train. You don’t need a lot of advanced booking!

For the most part, Germany and Central European countries allow you to just hop on almost any train. In France, Italy, and Spain, you’ll need a seat reservation — you can book it at the train station. Never do it online or the pass providers directly, as it’s more expensive than going directly to the station. Seat reservations are required on night trains.

It’s important to note that Eurail passes only work on intercity train lines and not local trains such as subways or trams!

What Countries are Included in a Eurail Pass?

As of 2019, there are now 31 countries included in the pass (Macedonia, Lithuania, and Great Britain were added in 2019). The following countries are included in Eurail passes:

How Much are Eurail Passes?

Rail Europe tends to offer better sales but has slightly higher-priced tickets. Here are the Global Pass prices for continuous travel in 2018:

Note: If you’re traveling (and booking) as a group of 2-5 adults, you can save 15% on your tickets (via either the Rail Europe or Eurail website). Also, kids under 11 will ride for free when traveling with an adult.

Also, as of 2019, travelers over 60 are eligible for a 10% discount on their Global Pass, as long as they are 60 years old by the first day of their trip. The discount is available for both 1st- and 2nd-class travel.

Unlimited (which Eurail calls “continuous”) passes can be bought for up to three months, allowing you unlimited travel in that time. While these aren’t the most economical (a 3-month first-class ticket will cost around $2,000 USD) they do allow for the most freedom since you can get on a train any day that you want. For a full list of all of the Global Pass options you can visit the Eurail website.

The Math: How Much I Spent

It’s all about the money with the passes. If you are going to save money, you want the pass.

As an example, here’s a breakdown of what the expenses for my latest trip looked like:

Note: Prices are in euros and reflect last-minute departure prices that were given to me at the train station at the time of booking.

Since I was only in Europe for two weeks, I didn’t use my entire pass. The five train rides I took had a value of $395 (one-third the value of the pass).

With all the fees for seat reservations plus the base pass price, the total cost of my train trips was $800 USD. Without the pass, my first-class tickets would have cost me $975 (738 euros), which means I saved $175 by using the Eurail pass.

Where to Buy a Eurail Pass

There are three companies that sell these passes:

(In the past, I used to recommend Rail Europe as they were constantly cheaper but not anymore. However, don’t blindly go with Eurail directly. Rail Europe sells Eastern European passes that Eurail does not as well as Swiss and German pass not sold elsewhere. They often have lots of sales too. Check them out first but, if they aren’t cheaper, go with Eurail!)

Should You Buy a Eurail Pass?

So are Eurail passes worth purchasing?

A lot of people assume train travel in Europe requires a pass, purchase one without looking at the numbers, and then complain about the cost.

Rail passes are all about money. A Eurail pass is only worth getting if it saves you money. That means you have to do a lot of math to figure out if a pass is right or not. It can be a time-consuming process but is certainly worth it in the end.

Just like the airlines, prices are now variable and no longer fixed. Depending on when you book, your ticket cost will fluctuate. If you are willing to pre-book months in advance (tickets usually go on sale 90 days out), you’ll easily find some unbeatable bargain deals, such as Paris to Amsterdam from $46, Rome to Venice from $38, or Amsterdam to Berlin from $78. Denmark offers orange tickets that are 50% off the normal price. Since rail passes cost roughly $79 per trip, you can’t beat booking individual tickets in advance.

But who pre-books a multi-month trip to Europe? Not many.

After you have a general idea as to where you want to go, visit the national railway websites and work out two sets of prices: one for tomorrow (i.e., a last-minute fare) and one for two months from now (i.e., an early-bird fare). Add up the prices in each category.

Next, head to Eurail, find your rail pass, and divide the rail pass price by the number of days you’ll be traveling by train to figure out the cost of each journey on the pass.

See which is cheaper and take that option, bearing in mind that your journey may change or you may take more high-speed rails. If I know I’ll be in a lot of countries that don’t charge reservation fees and the prices are for booking early versus using a pass are close, I’ll go with the pass, as there is value in flexibility (I change my mind a lot).

A Eurail pass is worth buying if….

You should NOT buy a rail pass if…

The BEST Solution for Train Travel in Europe

The best way to see Europe via train is to use the rail pass for the expensive and long-distance trains while paying for cheap tickets or short trips as you go. That way you’ll be sure you’re getting the most value of your Eurail pass.

For example, for 11 days of train travel in Europe, it’s cheaper to buy a 10-day Eurail Global pass plus one point-to-point ticket for a short-distance train.

The pass really works best when only used for the long and expensive rides!

The BOTTOM LINE of Eurail Passes

If you are traveling vast distances over multiple countries, using a lot of high-speed trains, and traveling (semi) last-minute, or for a long time, a Eurail pass is going to save you money and is worth purchasing.

If you want to book a pass, go visit Rail Europe first. If they don’t have a sale, go to Eurail and buy the pass directly from them and save some money!

Want More Information on Europe?
Be sure to visit our robust destination guide on Europe for even more planning tips!