Ye Olde London: My First Trip to the Big Smoke

My flight to London was uneventful.

Well, it could have been eventful, but I was sound asleep until we landed in Dublin.

When I connected from the Irish Republic, I was surprised I didn’t pass through passport control in Heathrow. I looked, but it was right on to baggage claim for me. I’d managed to get into England without a UK stamp on my passport. Weird.

I was excited for my first visit to London. My friends live about 45 minutes away from Heathrow in North London. Or at least it should be 45 minutes. Halfway back to their flat, the tube (train) broke down. We got stuck in the train for over an hour, turning the ride from the plane to the flat into a 2.5-hour ordeal.

Yet the train ride would have been bearable even with jetlag, had not another passenger decided she wanted to sing the whole time.

This old woman, an obvious American Idol reject, began singing (or rather murdering) what sounded like Chinese folk songs as loud as she could.

At first, it wasn’t that bad…but she got progressively louder and louder.

It’s funny how you can learn a lot about a culture in instances like this. The English are famously reserved. My friends couldn’t stand the woman, but when I told them they should say something (I didn’t want to be the loud American tourist), they replied, “Ohh no, I’m far too polite for that. I don’t want to cause a scene.”

The other passengers seemed to feel the same way. The English are known for their reserve and politeness, and rather than be perceived as impolite, they’d tolerate an annoyance such as this. In America, the whole train would have thrown that woman out. 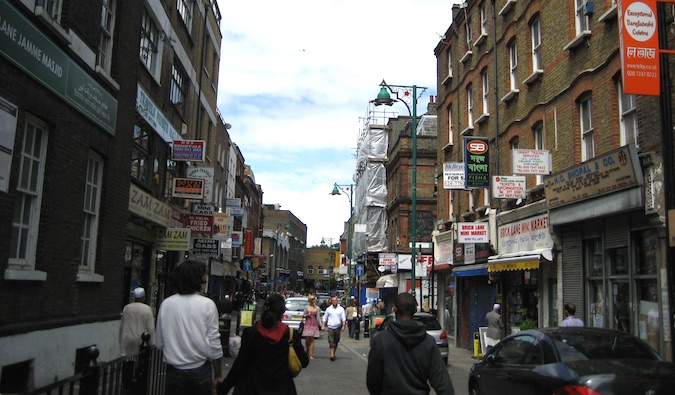 Unable to take it, I said something. Then I said it again. Everyone else seemed to mumble in approval. She just looked at me and gave me a thumbs-up. A guy across from her laughed and began to sing along. Soon they were both singing and the train was mumbling in even more discontent. Yet there was no revolution. English manners still prevailed.

But I had had enough, and, lest I look too improper, got my friends and switched carriages. It took two carriages before the woman’s singing faded away, but silence finally filled the stale train air. 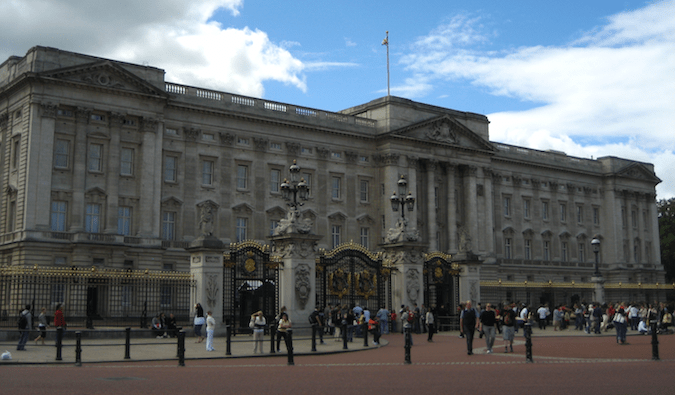 Today, I’ve been exploring London. With the city being so massive, I divided the city into little sections. First, I explored the Thames River and the plethora of sights around it. I saw Trafalgar Square and walked down Whitehall Street where all the governmental offices are until I came upon Big Ben.

There I was in front of the icon of London and, gazing upon this giant clock, I was disappointed. I had expected him to be… bigger.

The Parliament tower went higher than Ben. I had always pictured Ben to be very tall (not that he’s short), and I’ll admit it was a little disappointing to see his stature. I guess all those angled shots from movies have ruined me, much like the close-ups of Mt. Rushmore hide the fact it, too, is tiny.

Not to say it wasn’t beautiful — it was. Big Ben was still amazing and as I ate lunch in the shadow of him and Parliament, I couldn’t help but be in awe of their Gothic architecture. I’m glad Guy Fawkes didn’t blow them up. He would have robbed humanity of wonderful things. 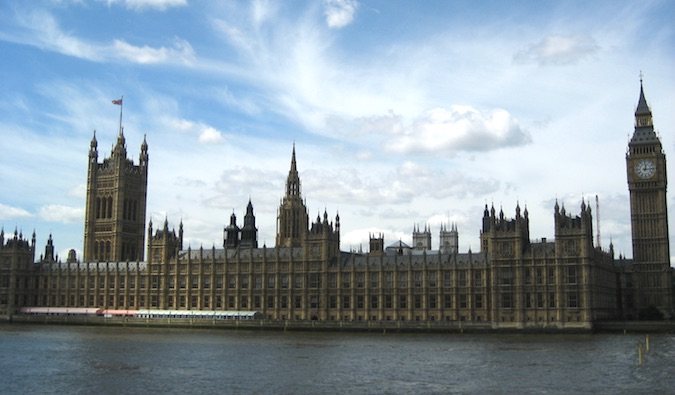 One thing that did sadden me about London was all the congestion and construction around their tourist sights. Some of the best tourist cities in the world shield their historical sites from modern development. Philadelphia’s historic area is blocked, and parts of Rome are no-drive zones, as is the Parthenon in Athens. It allows you to enjoy the cities without having to dodge big double-decker buses.

If I had one complaint about London’s historical sites, it would be that. Attractions lose some of their historic wonder and magnificence when surrounded by construction crews, buses, and trains. It’s hard to throw yourself into the history when construction crews are blasting sidewalks behind green fences.

I know it’s hard when cities are so big and congested, but if other places can do it, London could too.

Now my Internet hour is up and it’s time to explore the famous Tower Bridge and the Tower of London before meeting my friend for dinner. It’s been a long day already, but I’ve barely scratched the surface of London.

Book Your Trip to London: Logistical Tips and Tricks

For more suggested places to stay, check out this longer list of hostels. And if you’re wondering what part of town to stay in, here’s my neighborhood breakdown of London!

Need a Guide?
London has some really interesting tours. My favorite company is Take Walks. They have expert guides and can get you behind the scenes at the city’s best attractions. They’re my go-to walking tour company!

Looking for More Information on Visiting London?
Be sure to visit our robust destination guide to London for even more planning tips!