What Does Globalization Really Destroy? 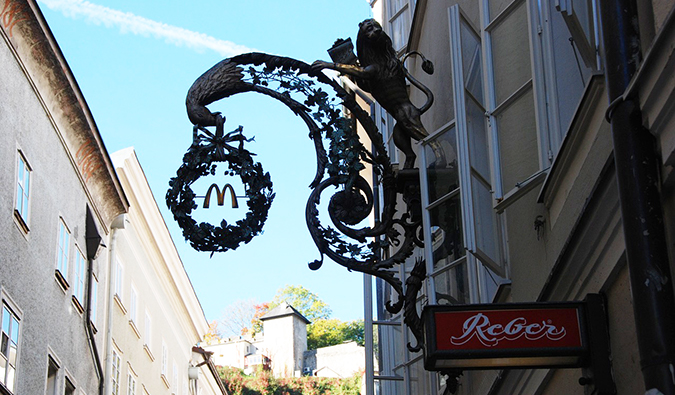 While walking down the streets of Medellín, I came across a Dunkin’ Donuts, a donut chain from my hometown of Boston. (It’s the best. Locals are quite attached to Dunkin. Don’t mess with a Massachusetts resident and Dunkin.)

As I looked at the store, a pit formed in my stomach and I got quiet and melancholy.

For days, I had been coming across Starbucks, McDonald’s, KFC, Papa John’s, and now, Dunkin’ Donuts!

Medellín had been overrun by the chains.

Another place ruined by globalization!

Another place where the local character was dying.

Or…was it? (Said in a Morgan Freeman narrator voice.)

Was that Dunkin’ Donuts really a bad thing?

Or that Starbucks I saw earlier? Or all those Papa John’s? (I mean that garlic butter sauce is amazing.)

As I continued down the street, a thought struck me: What had that Dunkin’ Donuts really ruined?

I mean the shops and stalls nearby were still full of life and brimming with customers buying snacks and coffee.

What was really bothering me?

Then it hit me.

I realized that maybe why I got sad was because what Dunkin’ Donuts really had destroyed was not Medellin but what I thought Medellin was.

As travelers, I think we tend to hate “globalization” because we imagine places to be a certain way from books, movies, and our collective cultural consciousness.

We often have this image — based on no firsthand experience — of what a destination should be like and how the people should act. We imagine deserted beaches, or quaint cafés, or rustic old towns, or gritty, worn-down cities because we saw that in a movie or read a book ten years ago. I mean, most Americans still think Colombia is teeming with narcos or that Eastern Europe is still like it was the day after the Iron Curtain fell. 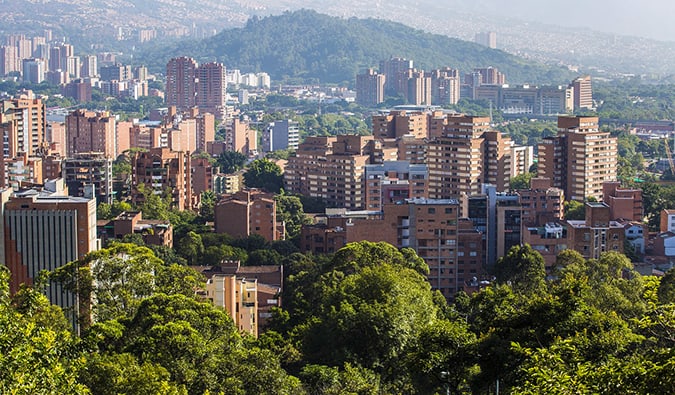 This is not a new phenomenon. We want the places we visit to fit into the box we mentally created for them. We want our image of them validated.

Heck, even Mark Twain felt this way about the Taj Mahal:

” I had read a great deal too much about it. I saw it in the daytime, I saw it in the
moonlight, I saw it near at hand, I saw it from a distance; and I knew all the time, that of its kind it was the wonder of the world, with no competitor now and no possible future competitor; and yet, it was not my Taj. My Taj had been built by excitable literary people; it was solidly lodged in my head, and I could not blast it out.”

I mean we in part travel for a sense of adventure and exoticness. To be explorers and find spots devoid of any outside influence. My friend Seth Kugel said in his book a town in England became popular with Chinese tour groups in 2016 because it was quintessentially English. Chinese tour groups wanted to see a place that matched their vision.

Globalization stops all that from happening.

Suddenly, we’re walking down the street — and we see a part of home.

Our illusion – the myth we created about the destination we are in – is shattered.

“Well, there’s a Starbucks. The tourists are here. This place is ruined now.”

But is that really a bad thing?

When we imagine how someplace should be — like Thai islands with little huts and empty beaches, or rural villages filled with only local food and pushcart vendors — we seek to freeze the world (and often with an air of leftover colonialism).

We forget that places aren’t Disneyland and it’s not 100 years ago. Things change. Places develop, mature, and move on. The world around us hasn’t stood frozen in time to act like our theme park. (And this doesn’t even touch the tip of the iceberg around the colonialism / Western stereotypes associated with these ideas.)

Would I rather see the world full of mom-and-pop stores and no Dunkin’ Donuts in Medellín?

On the surface, yes.

But if I really think about it, that’s because I want to escape my home, not be reminded of it. It’s because I’d like the world to match the one I see in books and movies. It’s because no one is completely immune to the views I just talked about. I’ve created a castle in the sky that I don’t want to see destroyed.

But part of the art of discovery is having your preconceptions shattered.

For example, most Americans (and maybe even most people in the world) view Colombia as this remote jungle full of coffee, crime, fruit, and narcos roaming the street. It’s gritty and dangerous.

But Colombia is nothing like people think it is. Medellín has one of the best transportation systems I’ve ever seen outside Scandinavia, and Wi-Fi is everywhere. There’s also some incredible Michelin star–worthy gastronomy taking place here. Bogotá has world-class museums. Digital nomads flock there. The roads are stellar. Many young people speak English, they are educated, and they are very informed of world events. 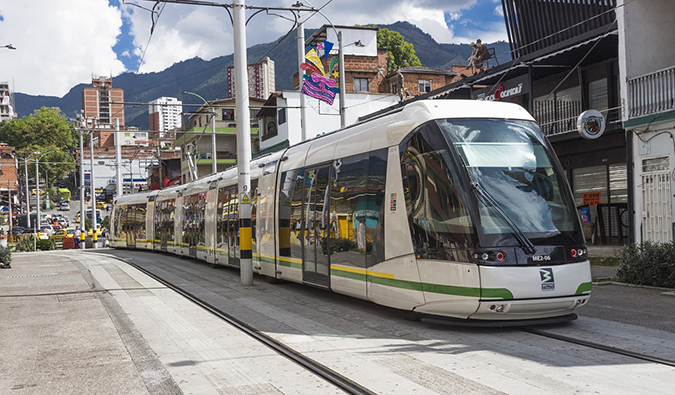 We often think of globalization as a one-way street, where the Western chains “invade” other countries. Our conversation in the West is always about how we’re ruining other places.

Yet these places don’t survive on tourist dollars alone. Locals do eat there. Who are we to tell them no?

And I often think about the reverse: when people from other non-Western cultures travel, do they have the same reaction?

Do Colombians travel somewhere and go, “Ugh, a mondongo place here? This place is ruined.”

Do Italians hate the sight of pizza on vacation?

I don’t want to see the golden arches next to the Pyramids, but is it so bad that there are some franchises in Egypt? Who are we to say, “Hey, you can’t have that. I want to imagine your country as this Arabian Nights fantasy! Get rid of that pizza place! Where are the guys on camels?”

Whether it’s a chain or just a type of cuisine, I don’t think the mingling of cultures is such a bad.

Globalization is not perfect. And, of course, its benefits aren’t balanced. People have written volumes on this subject. Let’s leave that aside. I’m not here to discuss that. I’m here to ponder globalization and our perceptions of it as travelers.

That Dunkin’ Donuts reminded me that the globalized world that allows me to be in Medellín also allows Colombians to access not only my culture but other cultures as well.

I think we need to stop viewing globalization through the myopic one-way lens of being a Western traveler.

Do we really want places to stay impoverished / secluded / unconnected so we can have an “authentic” experience based on some fantasy we have about a destination? Do we really not want the locals to experience pizza, or burgers, or Scotch, jazz music, or Thai pop, or anything else not local?

I don’t think we should look at globalization as causing a place to be “ruined.” Cultures are always in flux.

The same process that has brought unfamiliar cultures to us has also brought parts of our culture (among others) there.

When you have more cultures interacting with each other, you get to understand that everyone is a human being and shares the same wants and needs.

And I think that is something we should celebrate.

Matt’s note: Before everyone freaks out in the comments, let me be clear: I am not saying globalization is all rainbows and unicorns. There are a lot of problems with multi-national corporations, specifically, when it comes to taxes, labor, and how much money they keep in a country. There are also a lot of environmental and social problems related to outsourcing. Those are important social and economic issues that need to be addressed politically so that everyone can share the benefits of a more globalized world. I don’t deny there are problems. But this post is simply about looking at the issue from a traveler’s perspective.