The Mayan Ruins of Tulum 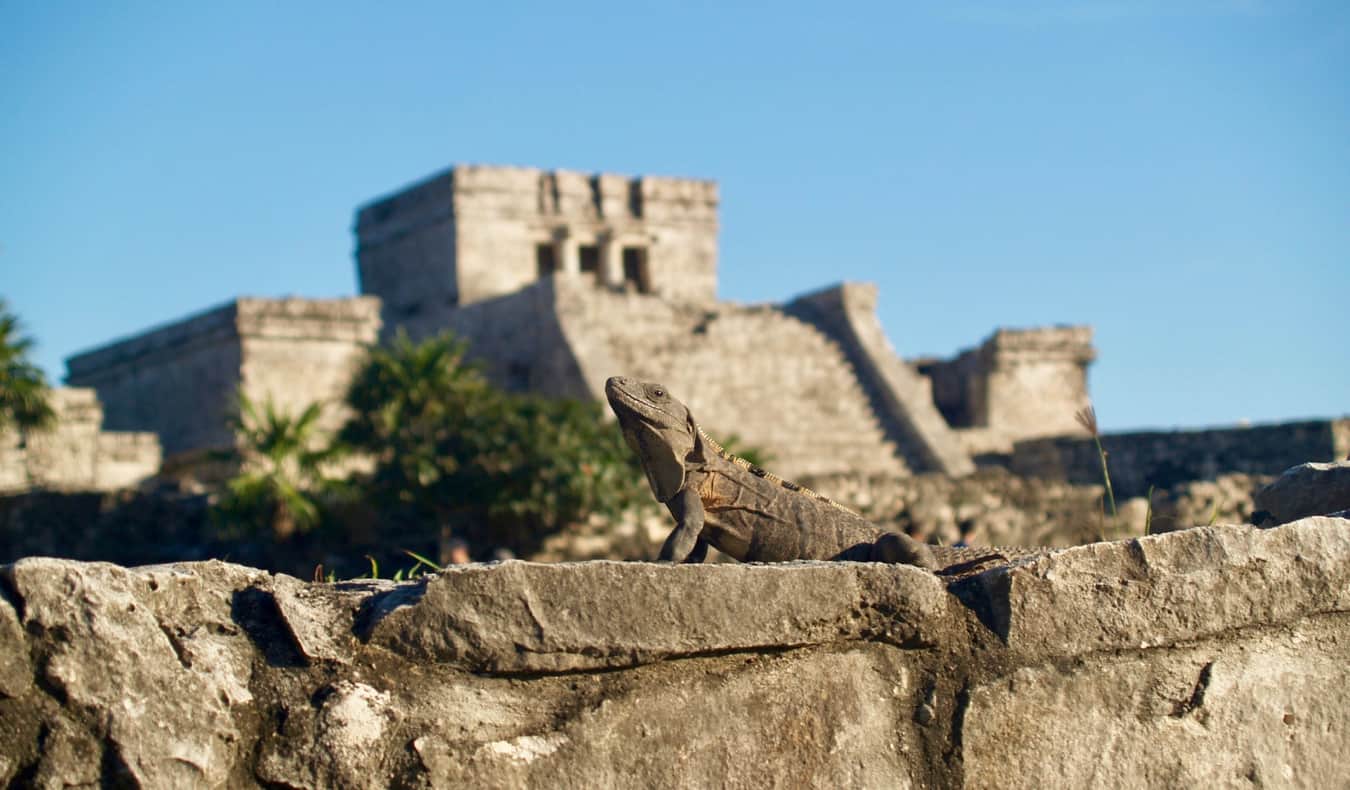 While I was in Tulum, I went back to the ruins of Tulum. While modern Tulum is an overrun tourist trap, the ancient Mayan city is a must-see if you’re in the area. Though I’d visited in 2011, I wanted to see them again because a) they are that beautiful and b) to see how the area has developed.

Constructed between 1200-1500 CE, Tulum was originally known as Zamá, which means “City of Dawn.” It was a thriving capital and trading city owing to the fact that it had access to both land and water trade routes. It was easily defendable and become a pivotal trading center for nearby Chitzen Itza. The region was inhabited as far back as 564 CE and the city continued to thrive until the Spanish arrived and destroyed it in 1518.

Around 500 people lived in the city center while up to 10,000 lived outside the walls by the Spanish arrived. Not much is really known about the exact size of the population. It’s an educated guess. Much of the local population succumbed to diseases introduced by the Europeans not long after their arrival and conquest. After that, Tulum was abandoned and left to the jungle.

After its rediscovery in 1840, it became one of the most popular ruins in Mexico.

It’s incredibly beautiful, especially given its location near the ocean. Several buildings are still intact while many more lay in varying stages of decay.

You have the beautiful Temple of the Frescoes. (Note: These are not original names. They are names archeologists gave to the buildings.) This is one of the most important structures in Tulum. It was also used as an observatory for tracking the sun. There are several carvings of the “diving god” (Venus) found here. The outer temple has sculptures in three niches, including a central figure representing the descending god Venus and human figures carved into the frieze. 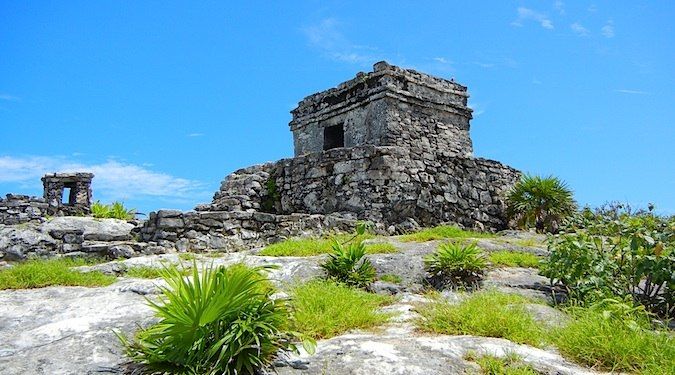 The southwest and northwest corners there are small structures that have been identified as watch towers, showing again how well defended the city was. Tulum was protected on one side by a huge bluff, which would have taken a great deal of energy and work on behalf of the Maya.

There are five narrow gateways in the wall, with two each on the north and south sides and one on the west. A small cenote on the northern side of the wall provided the entire city with water.

The Castillo (the castle) is the largest building in Tulum and it likely served as a landmark for sailors. There are serpent motifs carved into the upper rooms, and the building was originally painted red and covered in stucco. 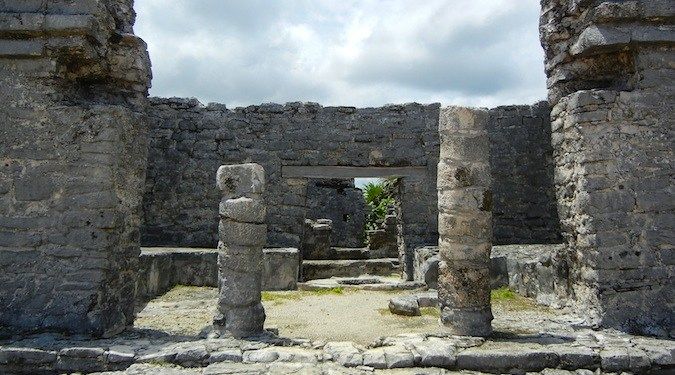 The House of Columns is one of the more complex structures in Tulum. It was likely built in stages. Shaped like an “L,” six columns supported the roof. It’s likely someone important lived here.

Nearby, a shrine marks a break in the barrier reef that is opposite the site. Here you’ll find a cove and landing beach in a break in the sea cliffs that would have been perfect for trading canoes coming in.

The beach is no longer accessible due to COVID and crowds and the area around the ruins is now very developed with shops, bars, and even a Starbucks. There’s a lot of people here too. It’s best to come between 8-11 or after 3pm to avoid the sun as well as all the day-trippers from Playa del Carmen and Cancun. Though the ruins are more touristy than my first visit, they are still as beautiful and awe inspiring as I remember and are definitely worth a visit. Even if you’re not a history buff like me, there is a lot to see and appreciate.

How to Visit the Ruins of Tulum 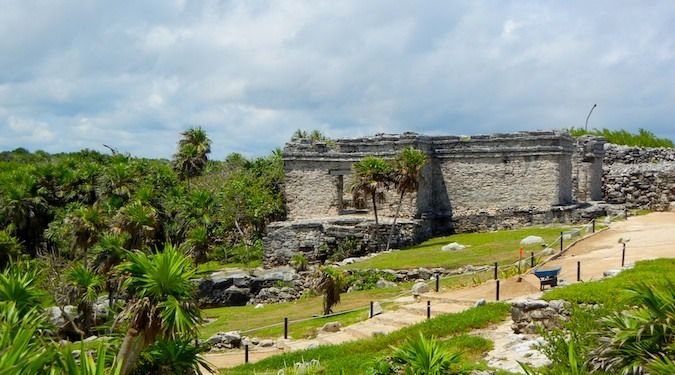 I’d also recommend hiring a guide. It’s 680 MXN ($35 USD) (regardless of how big your group is). The signage here isn’t super great. You’ll get a lot more information and detail with a guide.

Book Your Trip to Mexico: Logistical Tips and Tricks

Want More Information on Mexico?
Be sure to visit our robust destination guide on Mexico for even more planning tips!