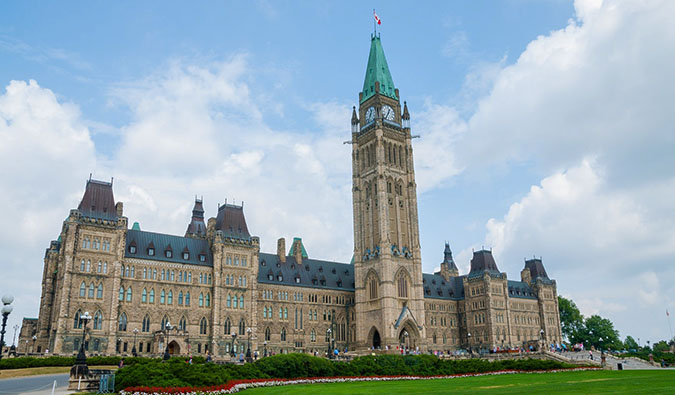 I never thought much about Ottawa. I knew it was the capital of Canada and that it had some sports teams, but other than that it, it lost out to other places.

Destinations like Vancouver, Calgary, Banff, Montreal, Quebec City, and the Maritime Provinces all came to mind.

Ottawa would be a city that maybe I’d get to one day.

On a recent trip to Canada with friend as part of a partership with VIA Rail, we found ourselves in Canada’s capital.

Pulling into Ottawa, I wasn’t expecting much.

Yet the capital surprised me. Not only is Ottawa beautiful, but it’s also exciting. The tourism officials gave us a quick tour of the city, which included Ottawa’s suburbs and parks, the prime minister’s house, and the Ottawa River. It was all totally beautiful.

The city itself is relatively new, dating back to 1826. While both indigenous and Europeans were in the region long before that, there had been no European settlement established.

Located on the river and surrounded by forests, Ottawa (originally called Bytown) was predominantly a logging settlement. It didn’t actually become the capital until 1866, one year before the Canadian Confederation (when the provinces of Canada all joined to form a single country). Since then, Ottawa has evolved into the political and administrative center of the country.

Since it was fall, the trees were amazing shades of reds and oranges that made the city even more serene. The downtown core, with its many cloistered squares, restaurants, and shops, was just as beautiful as the suburbs.

After checking into the famous Château Laurier and exploring the downtown, I was surprised for find it felt like I was in Deadwood or some other old western town. The buildings had these great patios, awnings, and shuttered windows.

But when I learned about Ottawa’s past as a rough logging community, it didn’t surprise me that it feels “western.” The city began as a logging community with very few people and laws, just like cities in the American West. It’s no wonder it has a similar vibe. 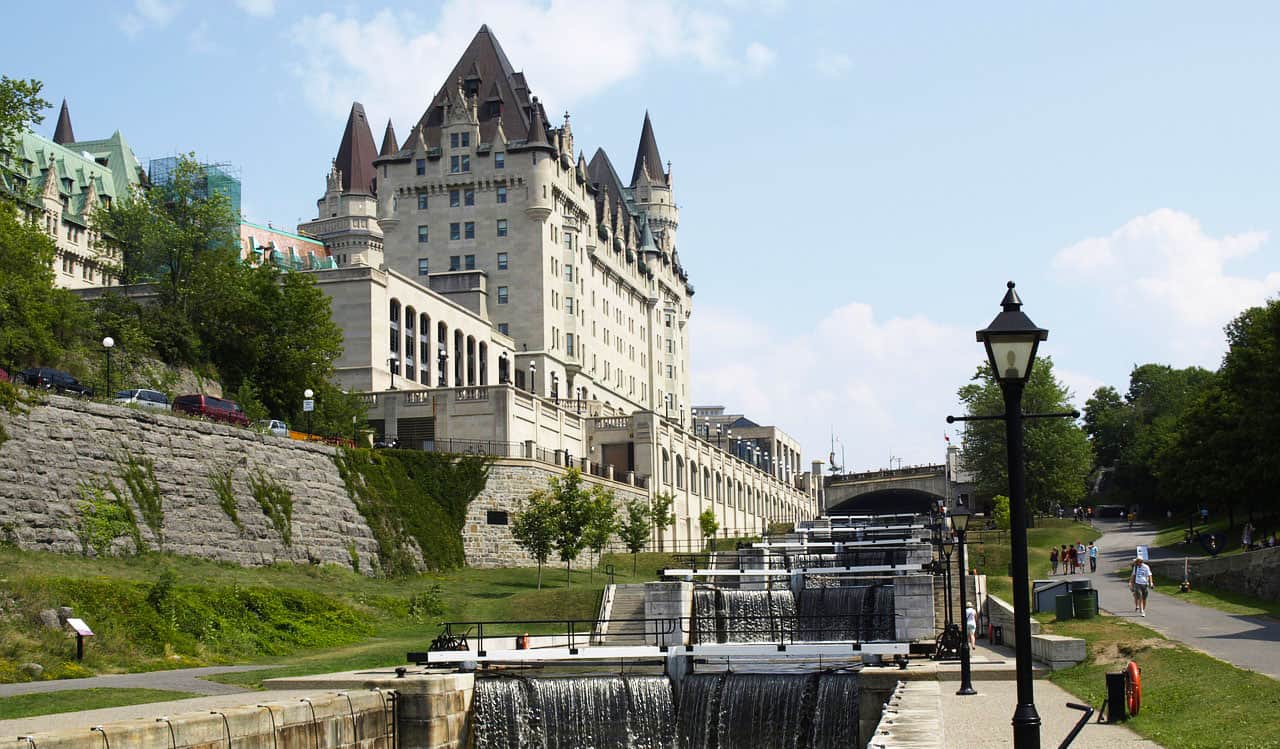 I’d hoped to walk around more, explore the many museums in the city, and head into the Quebec part of the city, but I didn’t have time.

Ottawa was simply outstanding. I hadn’t expected much from the city and maybe that’s why I enjoyed it so much. Travelers often have preconceived notions of a place, and more often than not we look for things that reinforce the stereotypes in our heads.

We go to Amsterdam and “see” all the coffee shops, red lights, and canals but somehow overlook the huge café culture and art scene there.

In Bangkok, we see the sleaze, traffic, and the pollution, but we miss the friendly people and ease of living.

It’s often the places we know the least about that blow us away the most.

There’s this Buddhist saying I live by that says, “No expectations, no disappointments.” If you expect nothing, how can you never get what you expect? Ottawa proved to me just how important this philosophy is.

If you don’t have preconceived notions, any city in the world will live up to your expectations. It might even lead to a richer experience, as you’ll be more open to experiencing the city since you have no idea what it might offer.

Things to See and Do in Ottawa 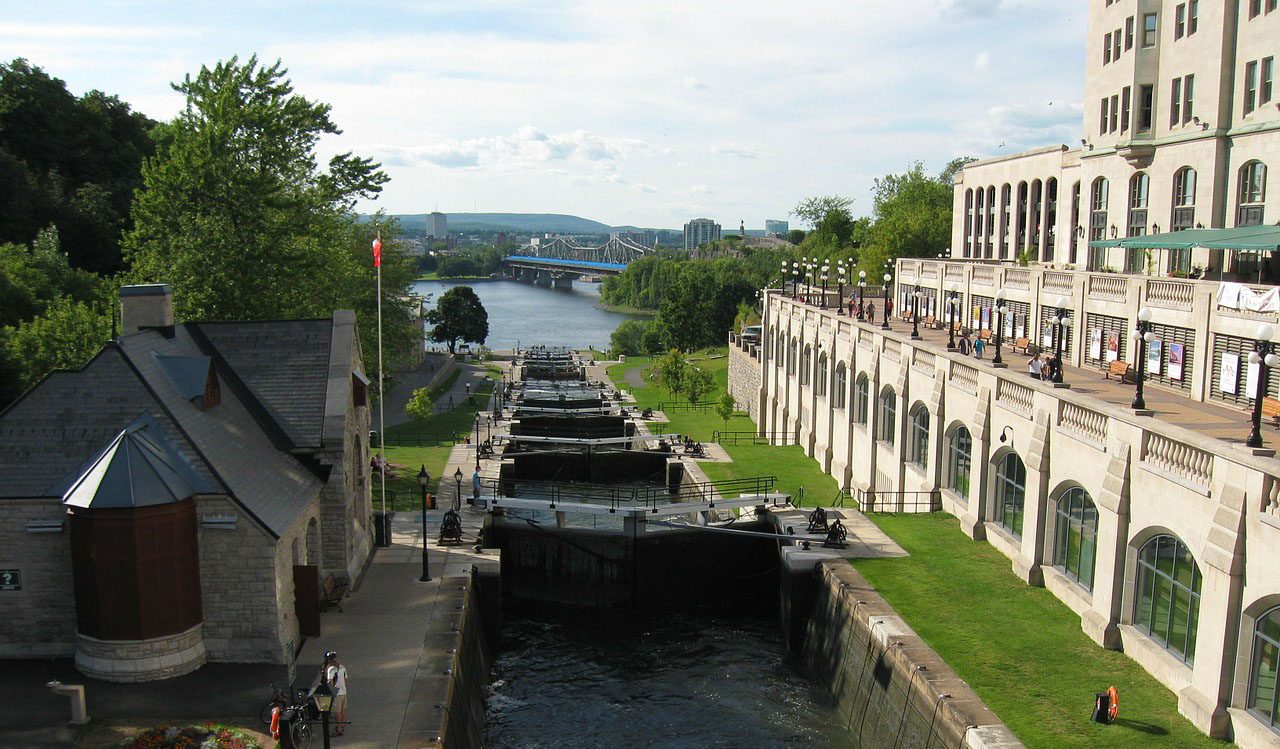 Planning a trip to Canada’s capital? Here are a few things not to miss!

1. Visit the Byward Market – This is a massive market in the heart of the city with restaurants, shops, and open-air stalls. There is a lot happening all year round, though in the summer it’s bustling with fresh produce and tons of local artisans. If you’re looking for a souvenir or just want to people watch, this is the place to be!

2. Try a Beaver Tail – Don’t worry, it’s not an actual beaver’s tail. These delectable desserts are like a flat donut. They’re made of fried dough and then covered in all sorts of sweet toppings. They’re a must if you’re visiting the capital.

3. The Canadian War Museum – This museum does a great job of highlighting Canada’s military past. They have exhibits on both world wars as well as modern conflicts Canada has been engaged in. You’ll learn a lot about the country here, especially how Canadians view conflicts and their peacekeeping past.

4. The Canadian Museum of Civilization – While technically across the river in Quebec, this massive museum is probably the best museum in the country. You can walk across the bridge to it so it’s easily accessible. They do an amazing job of showcasing the entire history of the country, including some incredible indigenous and First Nations exhibitions. There are lots of kid-friendly exhibitions too. Even if you’re not a history buff, this museum shouldn’t be missed.

One day I’ll go back (in the summer) and spend more time visiting the museums that dot the city and eating at the mouthwatering restaurants I saw on every corner. Ottawa is simply not the boring capital city I thought it would be.

And it’s one I highly recommend you visit.

Book Your Trip to Canada: Logistical Tips and Tricks

Looking for more information on visiting Canada?
Be sure to visit our robust destination guide to Canada for even more planning tips!