Is Azerbaijan Safe to Visit? 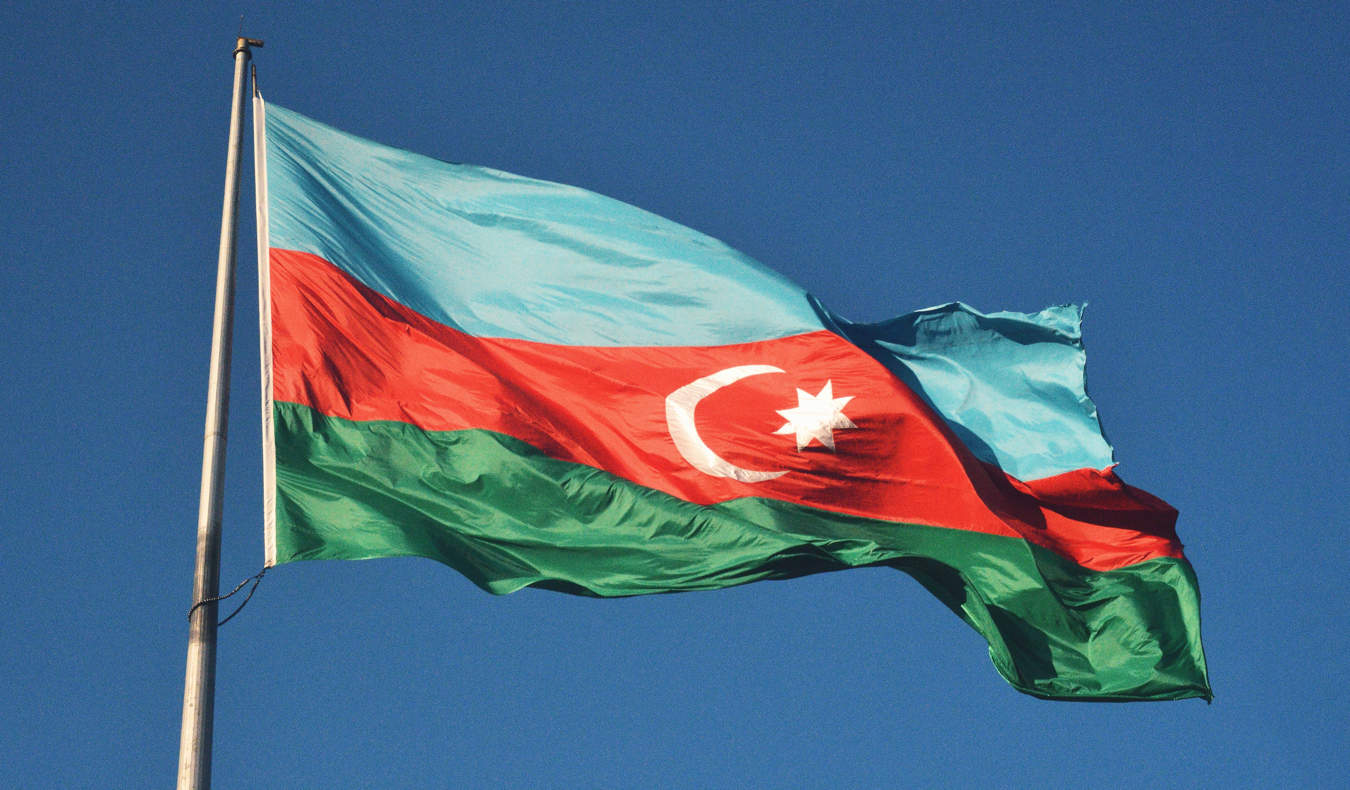 Azerbaijan is one of those emerging destinations that tourists are finally starting to discover.

Until 1991, it was part of the Soviet Union, and ever since it became independent, travelers have increasingly started to visit this lesser-known country. The number of foreign visitors has nearly tripled in the last decade, to almost three million in 2018.

While the sightseeing hot spots might not be well known, there are plenty of things to see and do in Azerbaijan. The capital, Baku, has unique architecture, including lots of Parisian-style buildings from the 19th century. It is also home to some very futuristic constructions funded by the country’s oil wealth, such as the three Flame Towers, which are covered in LED screens that display dancing flames.

Outside of Baku, you can see mud volcanoes, visit 40,000-year-old rock paintings at Gobustan, or head to the hills to hike in the Caucasus Mountains.

But is Azerbaijan safe?

On the whole, Azerbaijan is very safe. Since the country is ruled by a strongman who wants very much to increase tourism to the country, crimes against visitors are virtually unheard of.

Because, if someone is caught committing a crime against a tourist, the punishments will be quite severe. Most crimes are usually small and involve taking advantage of people in crowded places, where perpetrators are less likely to get caught.

With that said, there are a few things to remember and a couple of locations to avoid. The tips below will help make your experience in Azerbaijan safe and enjoyable.

1. Stay aware of your belongings – Petty theft and pickpocketing are rare here as the government (which is a dictatorship) punishes thieves quite harshly. Nevertheless, petty theft does happen from time to time in busy outdoor markets in Azerbaijan, as well as on the Baku metro and other public transport. Be more aware of your belongings when you’re in crowded places and don’t flaunt anything expensive.

2. Look out for drink-related scams – There have been some reports of travelers being robbed after having their drinks spiked, particularly in Western-style nightclubs and bars in Baku. Don’t take food or drink from strangers or people you’ve just met, and always keep an eye on drinks you’ve ordered.

There are also reports of scams targeting men at bars when women ask a foreign man to buy her drinks. She ends up leaving him with a very high bar tab, and if he’s unable to pay, a group of men might use physical force to insist.

3. Don’t insult the ruling Aliyev family – The president of Azerbaijan, Ilham Aliyev, who took over from his father Heydar in 2003, and his family, are not to be mocked or spoken about badly.

He has won five elections with around 80% of the vote, but there’s plenty of evidence that he and his New Azerbaijan Party are responsible for widespread corruption and a lack of democratic process, along with jailing people who have criticized the family or the government. Play it safe and avoid talking politics while you’re here.

4. Don’t go near or talk about Armenia – Avoid the border of Armenia and Azerbaijan, where sporadic armed clashes still take place. In particular, don’t go near the Nagorno-Karabakh region, which is a disputed area where armed conflict is common. There are land mines in these regions as well, another good reason to steer clear.

The safest thing is simply not to mention Armenia at all. There’s an ongoing, bitter conflict between the two nations, and Azerbaijanis can get angry if you try to talk about Armenia.

If you’re of Armenian descent — for example, if you have an Armenian surname — this might cause problems for you in Azerbaijan so be prepared.

5. Be careful on the roads – Many of the roads in Azerbaijan are in poor condition, and drivers often speed. You also need to watch out for people on foot and livestock in rural Azerbaijan.

If you can avoid it, don’t drive at night — there is usually little or no lighting on the roads and there are a lot of potholes and bumps that can cause a bad accident if you can’t see them coming.

On the plus side, the blood alcohol limit here is zero so there is no tolerance for drinking and driving (which means you’re less likely to encounter drunk drivers here). If driving, make sure you follow this law to the letter.

Road safety is likely going to be your biggest concern here, so always be extra careful when driving or near busy roads.

6. Refuse to pay bribes – There’s quite a culture of bribery and corruption in Azerbaijan, so you might find yourself in a situation where you’re asked to pay a bribe. Although it can feel difficult, it’s OK to refuse to pay, and usually, that will be the end of it.

Many Azerbaijanis are embarrassed by the extent of corruption and bribery and will do their best to hide it from foreign tourists. Unfortunately, there is a minority who will still demand bribes — sometimes even officials.

7. Look out for fake police – It’s quite a common scam to come across criminals dressed as police officers. In their disguise, they will target foreigners and try to issue you a fake traffic infringement or demand you pay a fine for photographing in the street.

If in doubt, ask them to take you to a police station. Hopefully, they will then agree to leave you alone.

8. Buy travel insurance – Every time you travel, you should make sure you have an appropriate level of travel insurance. You never know what might go wrong! Hopefully, nothing will happen to you while you’re exploring Azerbaijan, but you’ll be really grateful you have travel insurance if you are involved in a car accident, become the victim of theft, or get sick and find yourself in an emergency situation.

For more information on tarvel insurance, check out these posts:

To help you plan your trip, here are answers to the most frequently asked questions we get about safety in Azerbaijan:

How safe is Baku for tourists?

Thanks to income from oil and gas, Baku is a modern capital city with decent public transport and is generally safe. There are some risks of petty theft in crowds or bars, and tourists can be a target of drink spiking and other scams (see above) in Western-style bars and nightclubs. Be extra vigilant on a night out.

Maybe the most dangerous part of being in Baku is the traffic. Many Azerbaijanis drive very fast and without much regard for the rules of the road. If you’re a pedestrian, be wary of vehicles when you’re near a road and especially when you’re crossing. When in doubt, follow the lead of the locals.

Is it safe to drive in Azerbaijan?

Driving in Baku can be challenging: quite a lot of traffic, fast drivers, and pedestrians who don’t pay much attention.

However, it’s probably more dangerous to drive in rural areas, both because of the poor driving standards and the low quality of the highways. The road conditions are particularly bad outside the cities, and driving at night is especially dangerous, as the roads are poorly lit, or not lit at all.

In general, Azerbaijan is safe for all people traveling solo, but some women have reported incidents of unwanted male attention while walking alone and taking taxis. If going out at night, make sure you have someone to accompany you just to be safe.

Here are a few helpful posts on safety written by our solo female travel experts:

Is the drinking water safe in Azerbaijan?

The tap water in Azerbaijan should be boiled before drinking to make sure that it is free of contaminants. Boil the water for at least 1 minute to make sure it’s clean.

While you can also buy bottled water here, I’d just bringing a reusable water bottle and a Lifestraw or SteriPen. They can purify your water while also reducing your environmental impact.

***
From the contrasts of 19th-century architecture with the envelope-pushing modern buildings of Baku to the scenic vistas of the sparsely-populated towns and villages, you’ll find plenty of things to see and do in Azerbaijan.

Just be sure to use common sense by avoiding talking about sensitive topics (such as the war with Armenia) when you are talking to locals. Be aware of the potential for petty theft and scams; keep an eye out and your valuables out of sight. Do that, and you’ll be just fine.

On the whole, Azerbaijan is safe to visit and tourism numbers are growing for a good reason. Spend some time seeing Azerbaijan now, while it’s still not crowded with tourists — you won’t regret it!

Book Your Trip to Azerbaijan: Logistical Tips and Tricks

Want More Information on Azerbaijan?
Be sure to visit our robust destination guide on Azerbaijan for even more planning tips!