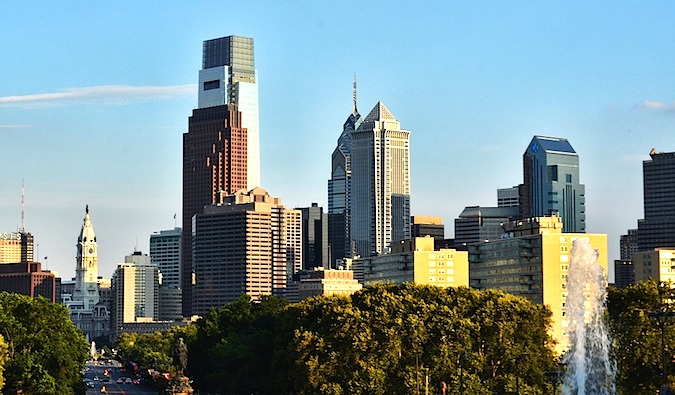 Philadelphia. The City of Brotherly Love. It’s home to the Constitutional Convention, the World Series-winning Phillies, swing state voters, the Rocky Balboa statue, and greasy (but delicious) cheesesteaks. It’s a historic city that offers plenty of opportunities for the history buff to geek out. But there is more than just history here. Philly is a modern, vibrant city worth spending time exploring. I’ve visited many times over the years, as I have family there. Growing up, family trips were frequent so I got to know the city well. And when I was older, it was a stop on my cross-country tour.

Philadelphia is actually one of the oldest and most historic cities in America. Its central location within the 13 colonies made it an ideal location for early American leaders to meet to discuss the future of the colonies. Eventually, those discussions led to the revolt against England and the founding of the country. However, its history goes back even further.

In 1681, Charles II of England granted William Penn a charter for what would become the Pennsylvania colony. Penn’s plan was to create a city on the Delaware River to serve as a port and a place for religious tolerance. Penn named the city Philadelphia, Greek for “brotherly love.”

A significant contributor to the growth of Philadelphia during the 1700s was Benjamin Franklin. Franklin helped improve city services, founded the first hospital, promoted democracy, brought ideas back from overseas, and promoted science and education — all while discovering electricity. What a guy! Philadelphia was used as the location for the First Continental Congress before the Revolutionary War, the Second Continental Congress during the war, and the Constitutional Convention after the war.

During the 19th century, Philadelphia had a large variety of industries and businesses, especially textiles. By the 20th century, though, Philadelphia floundered due to corruption. Protests and race riots were common in the 1960s and 70s. Drugs and violence plagued the city, and by the 1980s, crack houses were rampant. During the 1990s, the city began to clean itself up. The city started attracting service businesses and promoting itself as a tourist destination. Glass and granite skyscrapers were built, and historic areas such as Independence National Historical Park (located in Society Hill) were renovated.

In case it isn’t obvious, my favorite aspect of this city is the history — you can’t walk anywhere without tripping over it. There is so much to see. And the best way to see it? A leisurely walk.

Philadelphia’s historic center is located near Society Hill, an area of  town that has been cleaned up in recent years. There’s no better place to start a walk than at Independence Hall to see where the country started. This is where both the Declaration of Independence and Constitution were debated and eventually ratified. It’s open daily from 9am-5pm (7pm in the summer) and admission is free. However, you need to book a tour time to enter so be sure to get there in the morning to reserve an ideal tour slot. 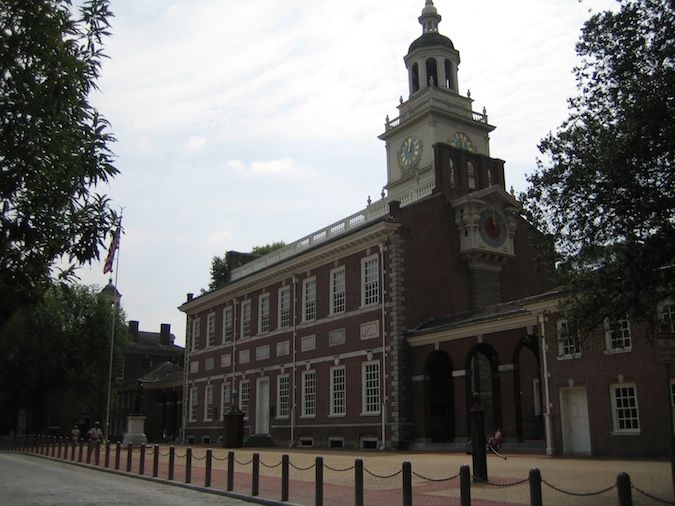 From there, you can cross the street to see the infamous Liberty Bell. Admission to see the bell is free, but you’ll likely have to wait in line as the line is usually quite long (get there early to avoid the crowd!). It’s open daily from 9am-7pm. 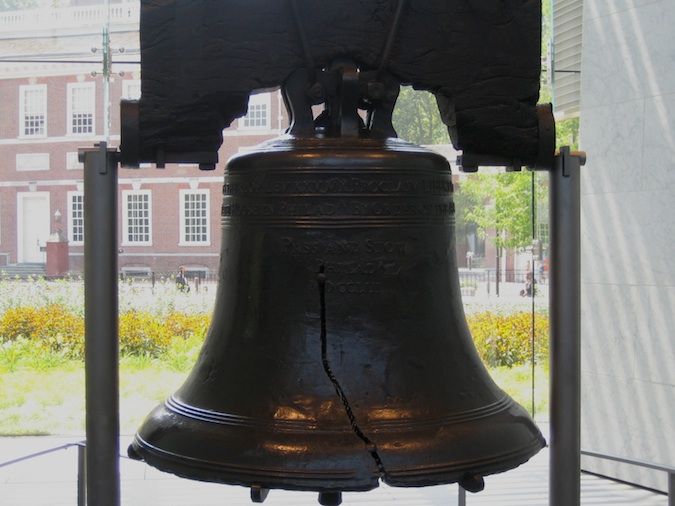 Then wander around to see the old historic homes and streets of Society Hill. This area has lots of old 18th- and 19th-century buildings, and you can still see the old Franklin street lamps along the sidewalks. 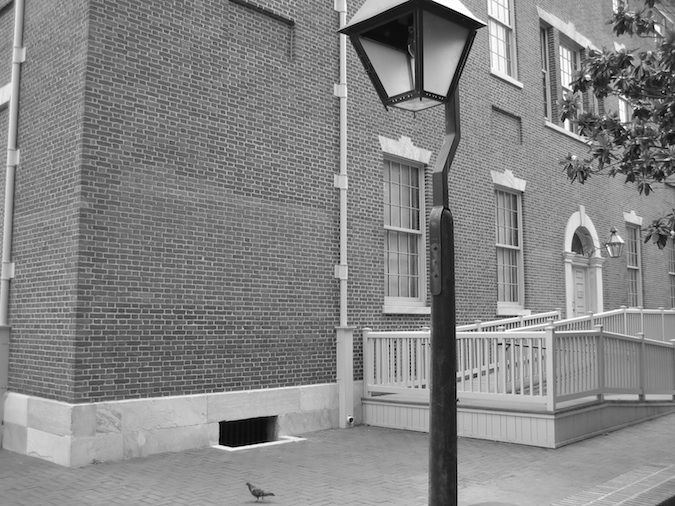 Next, check out the First Bank building. It’s a National Historic Landmark, having been built in 1797 after being championed by then Secretary of the Treasury Alexander Hamilton. 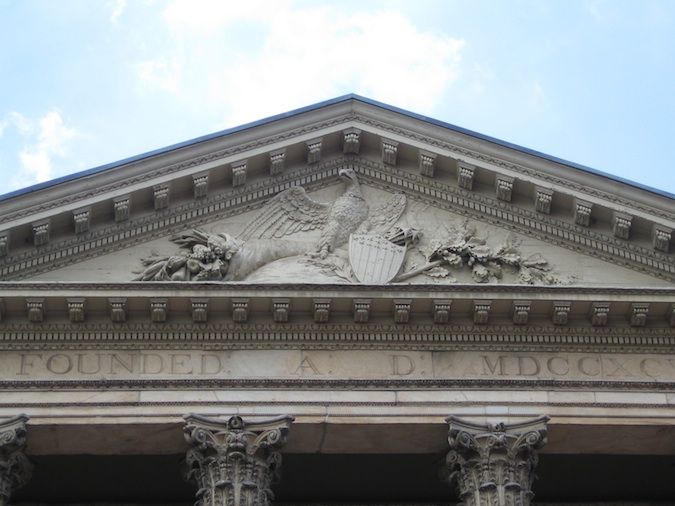 Head down the street to see Franklin Court, where Ben Franklin (the city’s most famous historical figure) used to call home. Franklin lived here from 1763 until he died in 1790, and there is now a museum underneath the court that you can spend some time exploring. If you choose, you can also go see where he is buried. 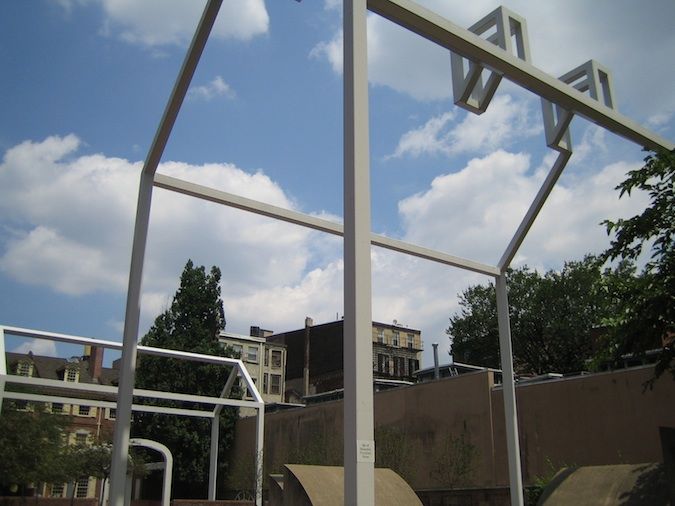 The whole area is filled with a lot of green space and little cobblestone streets. If you lose the crowds, it is easy to imagine yourself in Colonial America, especially with all the re-enactors around. 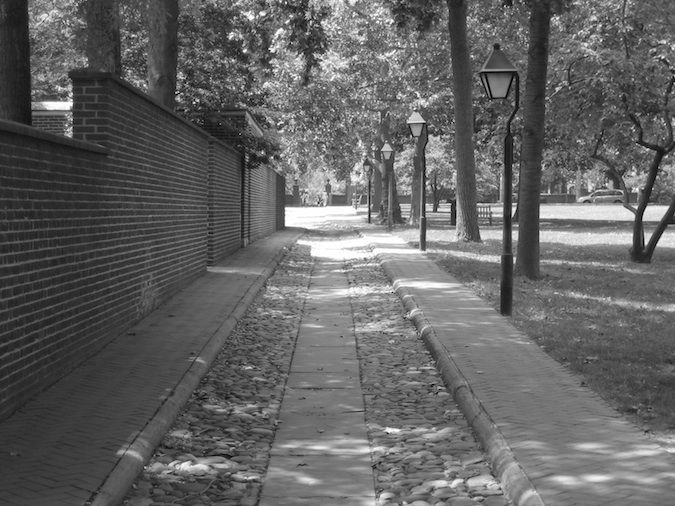 In the summer, it’s best to go early or on weekdays, as the crowds are abundant and the lines long. Philadelphia gets very hot during the summer, too, and the last thing you want to do is be waiting in the boiling sun.

After a full day of sightseeing, head down to South Street for the street’s famous collection of cafes, tattoo parlors, and cheesesteak restaurants. Residents here are serious about their cheesesteak addiction (the best are at Pats and Genos), and no trip to Philadelphia is complete without eating a heart-clogging, cholesterol-rising cheesesteak.

For those who aren’t as into history as I am, here are some other worthwhile things to see and do during your visit:

For the history buff, Philadelphia has everything you’d ever want. But even if you’re not big into history I still recommend a visit. This city played a huge role in the founding of America, and understanding how America came to be might just be useful to understand how we got to where we are, and where we are heading next. But even if history isn’t your thing, the City of Brotherly Love is still a great Saturday City.